Tracking down ​Wolf DeVoon after his escape:

The Writers' Wing would like to welcome its second inmate, crime fiction author Wolf DeVoon.

Speaking as truthfully as possible, Wolf DeVoon is a pariah. Google seems to recognize that I'm a novelist, but no one else does. I started life as a teenage filmmaker in the Rust Belt, made music videos, movies, and TV shows, until one day I found myself at Disney pushing paperwork in support of other filmmakers and I realized that I would never have Panavision budgets. After that I began to write fiction, almost exactly twenty years ago.

I sell almost no books among over a dozen in print, self-published. I had a near-miss at representation by Curtis Brown in 1997 but nary a nibble since then. When publishers bother to answer my queries, they have serious complaints. I try to explain my work in simple terms. I
write what I can. My latest was an anthology, three complete novels, The Case Files of Cable & Blount, available at Smashwords for less than $4.

The current work in progress is a fourth novel featuring Chris Cable and his wife Mary Blount, who he nicknamed 'Peachy' at the beginning of the series when they first met. They have been married 25 years when Finding Flopsie opens (61,000 words currently, aiming for 80K). Finding Flopsie is an unusual package, because it's told in two halves -- his story and hers, separated from each other incommunicado, each of them in difficult straits emotionally for a number of reasons including the embarrassing predicament of age 60+ with failing eyesight, less stamina, wrinkles, graying hair, and hurtful haunting memories of failures and foibles. I should warn potential readers that, sadly, these are graphic adult tales with red hot sex scenes, set predominantly in Los Angeles, with trips to New York, Langley, London, the Continent, and Australasia -- places with which I am well acquainted as a lifelong traveler and expat. I view the world as my home, although I have a writing office in a tin barn far from the nearest small town in the Ozarks, where I have been cloistered over two years with Chris and Peachy.

Cellmates are always same sex (!) and I have to think carefully about it, because I spent two years in prison and it made a deep impression on me, as you can perhaps imagine. I could get along completely swell with Winston Churchill, Ambrose Bierce, or Mark Twain, but that would be entirely too simple. Despite his failings and sorrows and bombast, I'm already locked up artistically with Raymond Chandler.

Four books. I don't need any of my own work because I know it by heart, every word. I'd like to have the two-volume O.E.D., please, and Aquinas' two-volume Restatement of Aristotle's Logic. For pleasure, anything by RLS, preferably Kidnapped, which I regard as his best. That leaves one book more, a tough choice. Well, maybe not so tough, The Collected Stories and Novels of Eugene Manlove Rhodes (out of print). Of all the authors I've read, Gene Rhodes had the gift of simple truths and surprising tales, bold heroes on horseback circa 1910 in The Land of Little Rain, the arid mountains and valleys of rugged New Mexico.

I don't dare to invite any of my female characters to visit me in person. They're much too wonderful and I doubt that they would give me the time of day, would undoubtedly walk out in boredom, rolling their eyes. Among the male protagonists, I'd like to have a drink or two with Chris Cable, tell him that I admire his courage, but it's time to take retirement seriously and play golf more often 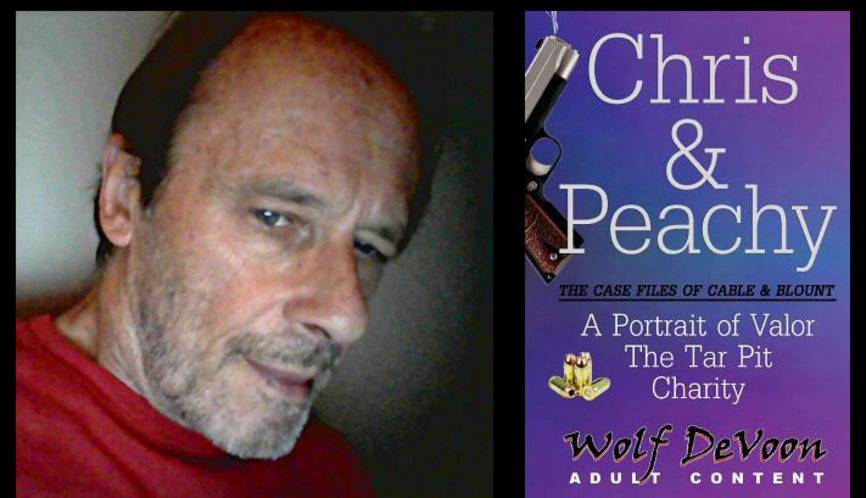