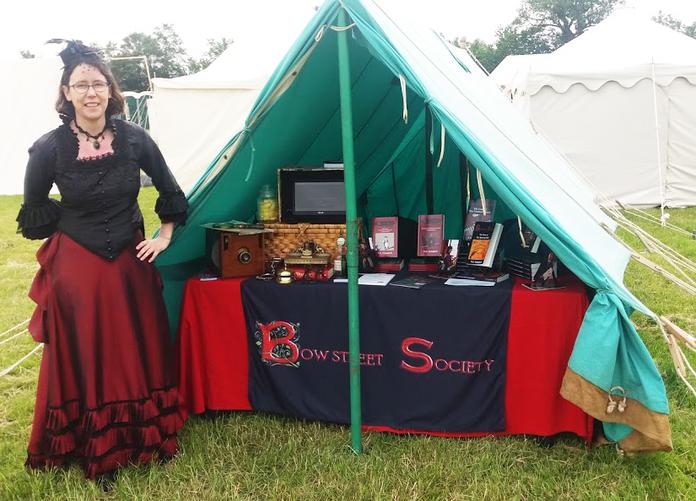 Throughout the event I met and spoke to some great history enthusiasts about the Bow Street Society and my books—I also some sales, YAY! Every person I spoke to about the concept behind the Bow Street Society—of ordinary people using their ordinary skills and knowledge from their everyday jobs to investigate and solve crimes—loved it.  The reenactors were welcoming, friendly, and knowledgeable, too. We also had a perfect pitch; next to the arena and on the end so we got plenty of passing traffic as people walked around from the other side of the row of traders.

It was a great experience overall and I was proud to be able to showcase the Bow Street Society, talk about my books, and witness everyone’s enthusiasm for my idea. Next, the UK Indie Lit Fest on the 27th July in Bradford! Don’t forget: the event is completely FREE! Full details can be found on the 2019 Events page.

The way we had the pitch on day 2 was MUCH better, even if it was still too bright for people to watch the book trailer for The Case of The Curious Client on the laptop’s screen (in the box). As you can see, we also went without the flowerpot stands in favour of setting the books out on piles of themselves.​ 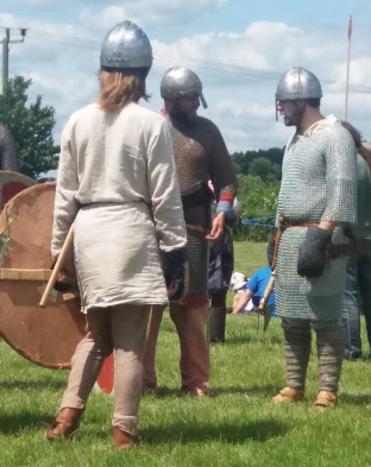 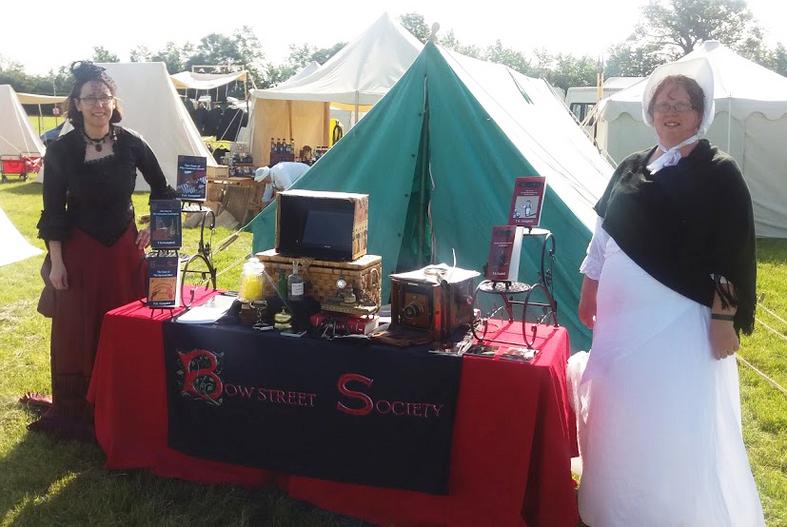 On the first day, my best friend, Jenny, and I arranged the stall as you see it above. She did a fabulous job with her costume, too! The stall’s arrangement is similar to how I had it at last year’s UK Indie Lit Fest in Bradford. The difference there being the event was indoors. Despite it being a lovely, summer’s day on day 1 of Midfest there was a troublesome breeze that kept blowing the books off the stands, and the leaflets and postcards off the table. The tent you can see in the background was borrowed from the stores of the 1st Wolverton Scout Group—thank you to them! The tent was fantastic as it had string ties and hand-carved pegs so the tent, overall, was very authentic looking.

Subscribers to the Gaslight Gazette and followers of my social media posts will know I planned to have a stall at this year’s Midlands History Festival (Midfest). Held at White’s Nurseries on Clay Lane in Earl’s Barton, Northamptonshire, the festival lasted for an entire weekend. Each camp of reenactors remained “in period” for the duration of the time the festival was open to the public (10am-5pm on the Saturday & 10am-4pm on the Sunday). 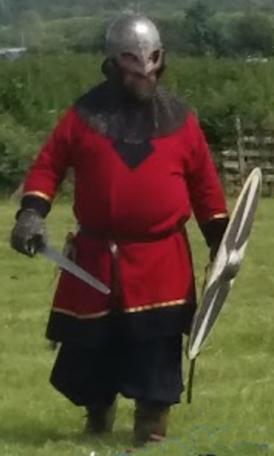 This made for interesting people watching as soldiers were scolded by their superior officers for being away from camp for too long.

There were also entire families of reenactors in historically accurate, period costume from medieval knights to Vikings to American Civil War soldiers. I had a particularly daunting experience where a medieval knight—still wearing his angular helmet with slits for eyeholes—walked down the middle of the traders’ market, saw me at my stall, stopped, and then crossed a large distance to slowly walk toward me. He then stopped a few feet away and said “good morning”. I couldn’t help but laugh! We then had a (typically British) conversation about the weather—it was very hot on both days.