When Miss Trent is paid a late night visit by a masked stranger the Bow Street Society is plunged into its most bizarre case to date. New faces join returning members as they encounter unsolved murders, the contentious world of spiritualism, and mounting hostility from the police. Can the Society exorcise the ghosts of the past to uncover the truth, or will it, too, be lured into an early grave…?

In this sequel to The Case of The Curious Client, the Bow Street Society is privately commissioned to investigate the murder of a woman whose mutilated body was discovered in the doorway of the London Crystal Palace Bazaar on Oxford Street. Scandal, lies, intrigue, and murder all await the Society as they explore the consumerist hub of the Victorian Era & its surrounding areas, glimpse the upper classes’ sordid underbelly, and make a shocking discovery no one could’ve predicted… 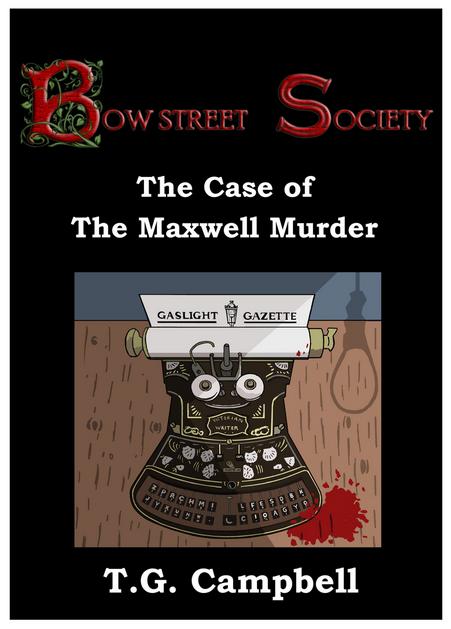 ~ "Propiety whilst investigating the improper is a delicate path to tread. Corts and top hats donn't slow this volunteer army of sleuths down at all. Enjoy!"  Kindle Customer (Amazon.com)

THE CASE OF THE TOXIC TONIC

~ "Campbell's keen eye for historical detail and passion for her subject makes the story come alive, in a way that could convince you into thinking it was a contemporary of Holmes." Amber Erskine (Amazon.co.uk)

A month has passed since the dramatic events at the Walmsley Hotel, but both the Bow Street Society and Scotland Yard continue to reel from their repercussions. Guilt-ridden over the Society’s part in the suspension of Inspector Conway, Miss Trent is doing all she can to help whilst maintaining the veil of secrecy around their mutual friend. Yet even they hadn’t foreseen the tragedy that is about to occur. A tragedy that will shock the Bow Street Society to its core… ​​ 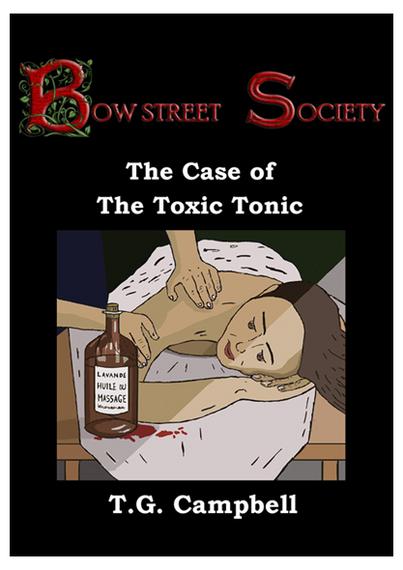 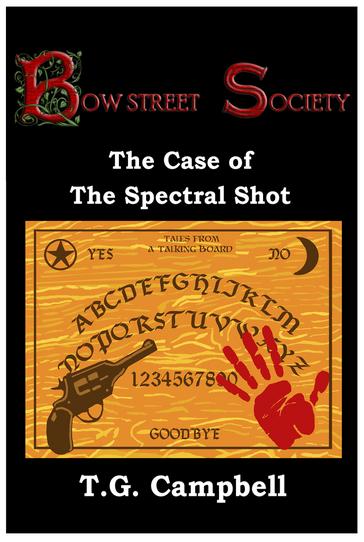 ~ "This is a good read, with an unpredictable storyline and a baffling mystery to be solved. Recommended." Senior Citizen (Amazon.co.uk)

The following is a full list of all published titles in the Bow Street Society Mystery book series in chronological order. All titles are available to purchase as an eBook and paperback from Amazon. They are also free to download if you subscribe to Kindle Unlimited. All works are written by award winning crime author, T.G. Campbell, and are independently published. 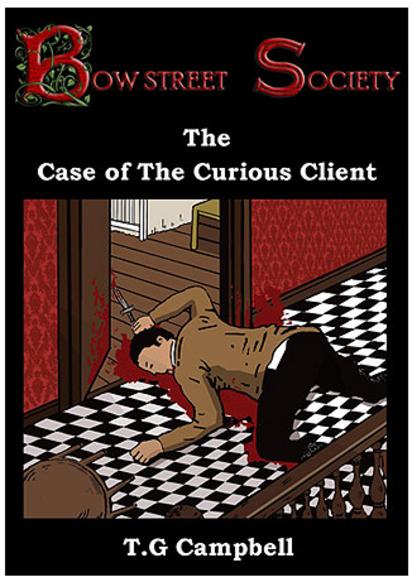 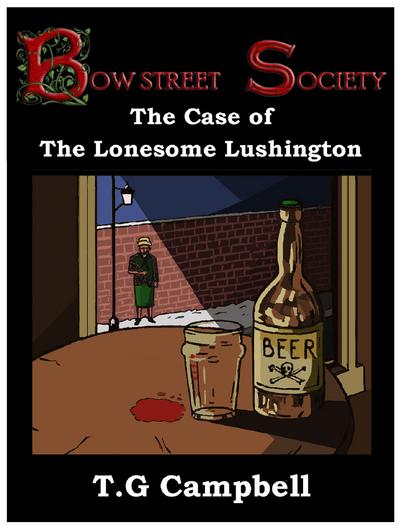 ~ "an intriguing plot and a factual exposé into Victorian life in London is well balanced in this latest novel." RitaW (Amazon.co.uk)

~ "This is a thoroughly enjoyable and quirky read with a colourful cast of larger-than-life characters and an intricate and absorbing plot." Dr Lawrence Youlten (Amazon.co.uk)

The Bow Street Society are hired by Mr Thaddeus Dorsey to locate a missing friend he knows only as ‘Palmer’ after he fails to keep a late night appointment with him. With their client’s own credibility cast into doubt mere minutes after they meet him though, the Society are forced to consider whether they’ve been sent on a wild goose chase. That is, until events take a dark turn, and the Society have to race against time to not only solve the case, but to save the very life of their client...

THE CASE OF THE CURIOUS CLIENT
(Bow Street Society Mystery, #1)
Available on Amazon Kindle (all devices), via Kindle Unlimited, and Paperback

THE CASE OF THE SPECTRAL SHOT

BUY THE CASE OF THE MAXWELL MURDER (UK)

BUY THE CASE OF THE MAXWELL MURDER (US)

When the Bow Street Society is called upon to assist the Women’s International Maybrick Association, it’s assumed the commission will be a short-lived one. Yet, a visit to the Walmsley Hotel in London’s prestigious west end only serves to deepen the Society’s involvement. In an establishment that offers exquisite surroundings, comfortable suites, and death, the Bow Street Society must work alongside Scotland Yard to expose a cold-blooded murderer. Meanwhile, two inspectors secretly work to solve the mystery of not only Miss Rebecca Trent’s past but the creation of the Society itself…

~ "The detail about the Victorian Era is amazing, you can feel like you are living in that time." Amazon Customer (Amazon.com)

THE CASE OF THE MAXWELL MURDER

THE CASE OF THE LONESOME LUSHINGTON