Tahnee Georgina (T.G.) Campbell wrote her first crime fiction story at the age of sixteen as a gift for her best friend. At only 40 pages long it fell considerably short of a “novel” but it marked the beginning of a creative journey that would eventually spawn the first of the Bow Street Society mystery novels; The Case of the Curious Client.  During that time she attended the University of Winchester where she acquired her Bachelor of Arts Degree in English Studies and wrote a dissertation on the social and cultural importance of the works of Agatha Christie.

T.G. Campbell has previously worked in the not-for-profit sector. First, for a project assisting offenders into training or employment, and then for a charity supporting victims and witnesses of crime through the process of giving evidence at court. Both of these roles provided her with a glimpse into the human impact of crime and the long-lasting effects it can have on peoples' lives. It also gave her some experience of working within the criminal justice system in England.

The idea for the Bow Street Society was first conceived when she volunteered to run text-based role playing games for an international gaming site. These games were run in a Victorian Era setting. When it came to writing her crime fiction series, she decided to use and develop the idea of the Bow Street Society within the parameters of a clue-puzzle mystery in an attempt to push the traditional boundaries of the genre. Rather than a lone all-knowing detective, her books have several. Rather than a static group of detectives, her detectives change depending on the nature of the mystery the Bow Street Society has been commissioned to investigate.

T.G. Campbell has visited numerous museums and exhibitions to conduct research into the historical, technological, scientific, social, and cultural context of the late nineteenth century to ensure these aspects of her writing are as accurate as possible. These include: the Old Operating Theatre & Herb Garret, the Metropolitan Police Service's Heritage Centre, and the museum at the Magic Circle headquarters in London. She's also collected books which were originally published in the 1880s/1890s, conversed with the curator of the Metropolitan Police Service's historic collection, and interviewed a former Met. Police officer based at Bow Street Police Station to inform her knowledge further.

T.G. Campbell likes to buy a commemorative mug from every museum/public attraction she visits but ONLY if it has the attraction’s name printed on it. Needless to say she’s built quite the collection but is never short of a cup if a friend drops by unexpectedly! In May of 2020, she celebrated her collection by featuring one mug per day in a social media post. Each post had links to the website and how readers could support it. She called it #MugMay!

award winning crime fiction author and creator of the 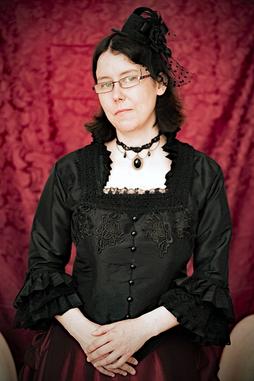