The Writers' Wing would like to welcome its next inmate, co-author of the Sherlock and Lucy series of books, Charles Veley.

Charles' daughter Anna Elliott, is his writing partner for the Sherlock and Lucy series. He read the entire Holmesian canon to Anna when she was ten, at evening story time. He can't tell you how proud he is that she's grown up to become historical novelist Anna Elliott. He finds it such a joy to work with her!  Seven volumes of their series are now available in Kindle, paperback and audiobook formats, and they're putting the finishing touches on the eighth, "Die Again, Mr. Holmes," which is available for preorder with a publication date of January 2nd 2019. Their series has been recommended by The Library of Clean Reads. People enjoy their "clean and wholesome cozy" version of romantic suspense and detective story adventures. But be warned - the situations are still pretty scary at times!

Other than the Sherlock and Lucy series, all the books on Charles' Amazon Author Page were written when he was a full-time author during the late Seventies and early Eighties. He currently consults for United Technologies Corporation, where his main focus is on creating sustainability and value for the company's large real estate development projects. He's also a fan of Gilbert & Sullivan, and wrote "The Pirates of Finance," a new musical in the G&S tradition that won an award at the New York Musical Theatre Festival in 2013.

From what I've heard of prisons, I'd want somebody big and strong for protection - Lee Child comes to mind. Not only is he big, but his Jack Reacher character could probably demolish the entire prison cell population single-handed!  If he were feeling generous, Mr. Child might even provide some insight into his writing process and how he manages to keep the suspense amped up so high in his Jack Reacher novels.

1) Lee Child's Bad Luck and Trouble for entertainment and to keep my spirits up - it's always a great feeling when the bad guys get what's coming to them in the Jack Reacher stories, and this one, in particular, is beautifully structured to keep the adrenal glands pumping!

2) Leslie Klinger's The New Annotated Sherlock Holmes for all the stories, plus all the historical background, plus all the illustrations! I also admire Mr. Klinger because he's a lawyer, which I was too, but clearly with far less success, since I'm now behind bars in the Writers' Wing ;-)

3) Frederick Forsyth's The Day of the Jackal, which I find myself rereading just about every year for two reasons. First, it's a wonderfully suspenseful account of something that just might have happened, taking us into worlds I can't imagine nearly as well as FF can. Second, it's an inspiration to me as a writer, since Forsyth wrote it straight through in a few months, when he was broke and otherwise unemployed. Would that I could be so productive!

4) Finally, to cheer me up in my hours of need I would want my copy of The World of Jeeves by P.G. Wodehouse. Like Bertie Wooster, I would cry out "Jeeves!" whenever I needed Mr. Wodehouse's inestimable creation to take me away from my troubles into his glorious world.

I would want Lucy James to visit me. She would take a no-nonsense view of my prison predicament, which would certainly raise my incarcerated spirits. Also, with her fearless nature and considerable experience getting out of impossible situations, she would be my best hope for escape!

Tracking down ​Charles Veley after his escape: 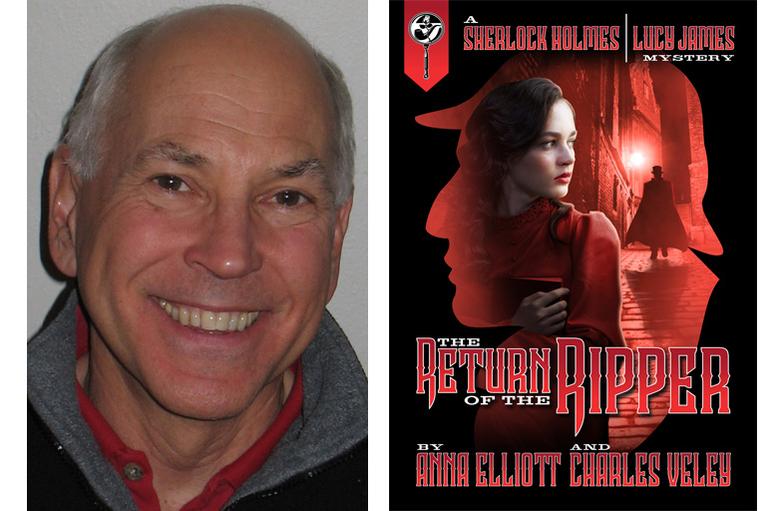