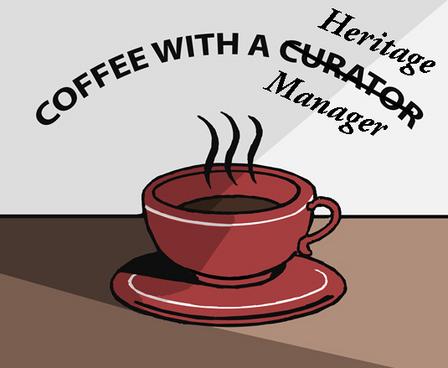 This month Coffee with a Curator has become Coffee with a Heritage Manager as I welcome Corrine Brazier to the blog to discuss her role at West Midlands Police and the upcoming opening of the West Midlands Police Museum in its new home, The Lock-Up, Birmingham, UK. I already have plans to visit in July so I’m honoured and excited to have  been given this amazing opportunity to chat to Corinne about it over a (virtual) coffee.

The West Midlands Police Museum will be opening in its new home of The Lock-Up on Steelhouse Lane in Birmingham in April 2022. Could you tell us a bit about the history of the museum and the journey to its new home?
The museum in Birmingham has existed since 1964 when it was located in Tally Ho, the training centre for Birmingham City Police, and in the early 1990s moved to Sparkhill Police Station to be more public facing. It is fair to say it has been neglected by the force over the years and largely survived due to the dedication of former curator Dave Cross and various volunteers. When we started exploring options for relocating the museum the force started to understand what a significant engagement asset it was. When we settled on the Victorian Lock-up on Steelhouse Lane and began running events out of that building, it was clear there was huge potential for the museum going forwards. Fast forward 5 years and enabled by a successful lottery bid, we have transformed the building and are getting ready to re-open.

What can people expect during a visit to the museum?
When we re-open, the museum will open 6 days a week – more than has ever previously been possible. It will be accessible for all, with wheelchair access being enabled by a new entrance and a lift, and we are working on ensuring we cater for visual and hearing-impaired guests too.

The journey around the 3 floors of the old Lock-up, will take you through a journey of 200 years of policing    history. We have had to select the topics and themes to display initially, there was never going to be enough space to display them all! But there will be a comprehensive timeline of policing in the West Midlands, that will show a huge amount of key events and pioneers, as well as when specific developments came in.

What would you say is the strangest document/exhibit in the collection?
This is a difficult one! Most of the objects we know what they are and what they relate to, and there aren’t many strange items in there I don’t think… Off the top of my head the weirdest one I can think of is a gun made entirely from soap and covered in boot polish. It was made by a prisoner in HMP Birmingham and he was arrested for inciting a riot. At a quick glance it looks quite convincing!

If people would like to conduct research into the history of the West Midlands Police, e.g. for genealogy or fiction writing purposes, how can the museum assist with this? Similarly, if anyone would like to share their stories of the West Midlands Police with the museum?
Yes absolutely, we would love to hear from anyone who has anything to share – including stories, photographs or objects, and equally we are happy to help with research enquiries, genealogy requests, filming or any other query that relates to the policing history of the West Midlands. There will be opportunities to hire the building out for filming and events in future as well, so we’d encourage anyone to get in touch if they are interested.

What are the museum’s plans for the future?
After re-opening, we will have a very busy time trying to deliver all of the commitments we made under the lottery grant. This includes ensuring we reach a diverse audience, recruit volunteers from the local community and host visits from a large number of schools in areas of high deprivation. We will be hosting a variety of events as well as standard open days, such as talks, theatre performances, corporate events, school and group visits and ghost hunts.

We plan to deliver a different temporary exhibition each year, tackling topics which are not suitable for small static displays but would benefit from more interpretation, offering different perspectives and engaging the  public.

We want to grow our education programme, to ideally put us in a position where we are fully booked and taking bookings months into the future. If our income exceeds our costs then we have opportunities to grow the collection or subsidise visits for those who might not otherwise be able to come and see us.

I’d love for us to do more for people with additional needs, such as children with special educational needs and visitors with dementia, I would particularly like to see if we can help former police officers suffering from  dementia.

There are so many opportunities to use the police museum for good causes, including key ones like inspiring the next generation of police recruits and building bridges with communities that might not otherwise engage with us, and reaching young people who are at risk of offending and hopefully having a positive impact on them and their life choices. I also want to identify new and unique opportunities to share more of our history than ever   before and ensure we don’t forget those that came before us.

As part of the work I am doing on the newly created National Police Chief’s Council Heritage Portfolio, I also want to support police museums and historians around the country to reach more people and be able to utilise police heritage in their areas as the fantastic engagement tool that it is. I think this is a growing area and it will be interesting to see where we can take this work.


I’d like to thank Corinne for chatting to me today, it’s been absolutely fascinating and highly enjoyable. I strongly recommend paying The Lock-Up a visit. I saw it on an episode of Most Haunted and it looked amazing. The addition of the West Midlands Police Museum is going to give it a whole new dimension, as well as a gripping insight to both the police and Birmingham of the past.

I started my chat with Corinne by asking please tell us a bit about yourself and your role:
I have worked for West Midlands Police since 2005 in a variety of different roles, and began volunteering with the museum in 2014. I carried out various pieces of museum work whilst I was the force’s Records Manager (digitising records) and latterly as an Estates Demand Champion (helping to identify a new home once it was announced the old one would be sold). Eventually in 2017 I began a full-time secondment to work on the Heritage Project, to allow me to write the Heritage Lottery funding bid. In 2020 after getting a yes from the Heritage  Lottery Fund, we created the first of our new permanent staff roles to work in the museum, the Heritage Manager, which I was successful in applying for. The rest, as they say, is history…

Above: ​Corinne Brazier
Heritage Manager for 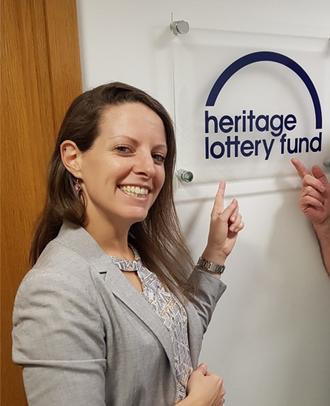