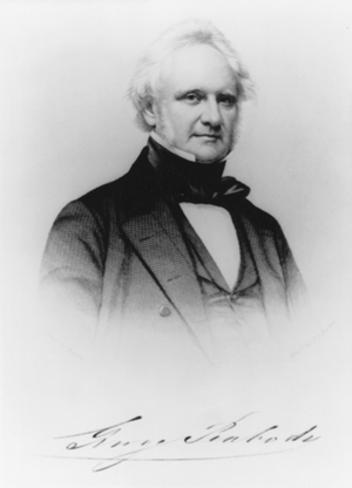 The Peabody Trust still exists to this day. What are the most striking ways in which the Trust has evolved in its 160-year history?
There are so many that I can only pick out a few!  First, there is the fact that almost all the 19th century blocks are still standing, post-war modernisation work having created fully self-contained accommodation throughout, with more rooms per flat.  Several early estates are now Grade II listed buildings because of their importance in the history of social housing; landscaping projects and the cleaning of the brickwork have enhanced their appearance.  Our stock has been expanded by acquiring properties from smaller social housing providers and we have also undertaken mergers with several other housing associations.  Nowadays we employ a variety of leading architectural practices to design new and innovative housing; this has resulted in Peabody receiving numerous awards for design and construction.  The old authoritarian attitudes have gone and the range of services we offer has widened considerably.  We work with local communities and help people to be more resilient so that they are better able to handle life’s challenges, keep their tenancies and enjoy independent lives.  Peabody is now one of the country’s largest housing associations, which gives us influence and lobbying power with central and local government.

If someone is thinking about including a Peabody estate in their fiction, or they are researching their ancestors’ connection to a Peabody dwelling, how may they find out more about the Peabody Trust, its history, former tenants, and estates?
They can make contact by e-mailing history@peabody.org.uk – when people want to find out about an ancestor it helps if they tell us what they already know, such as the person’s full name, their address and the years during which they are believed to have been a resident.  Just saying that “they lived in Peabody Buildings” is insufficient because by 1915 there were 25 Peabody estates but we have no central register of tenants; each estate kept separate records.  It is best if enquirers can do some basic research beforehand in census returns or in birth, marriage and death certificates.  That should provide enough clues to enable me to identify the correct estate.  Personal records have not survived for every past tenant, but I can usually supply old plans and photos of the estate where a family once lived.

As for authors – whether of fiction or non-fiction – ideally, they should explain a little about their intended publication and specify the type of information they hope to obtain from us.  I always ask writers if I may check their draft text before publication; not with a view to altering their opinions but simply to ensure that all the facts are correct.  It is exasperating if a new book contains wrong information when that could easily have been avoided if the writer had contacted us before publication.

I would also suggest that anyone wanting to learn more about our history reads the book we published in 2018 – “Homes for London: the Peabody Story” – which I co-wrote with a colleague.  Details of how to purchase it by post from the production company (Strathmore Publishing) can be found on our website – it is not available from Amazon or similar outlets.

I’d like to thank Christine for taking the time to talk to me today, it’s been absolutely fascinating. For anyone interested in finding out more about this lesser-known aspect of Victorian life, I highly recommend getting Christine’s book; it’s a wealth of information. Click on the button below to be taken directly to the website of The Peabody Trust.


parish registers and electoral rolls found on genealogical websites.  The First World War is a particular interest of mine – around 3,000 men from our estates joined the armed forces and at least 400 of them died.  Four estates have war memorials, so researching the men listed on them became the starting point for a larger project to identify as many as possible of our tenants who took part in the conflict – survivors as well as victims.  I also discovered that some female residents served with the Red Cross and other civilian services during the war years.

Dealing with students can be the most frustrating part of the job; they tend to leave things very late when tight deadlines are set for completing essays or projects – it is simply not possible to provide a detailed reply at very short notice.  I sometimes receive enquiries about housing estates which have never belonged to us, so all I can do is suggest that the enquirers try other sources.

When one thinks of living conditions in the nineteenth century, overcrowded slums are usually the first thing that springs to mind. In which ways were the Peabody estates different to the slums?
By modern standards the flats on the early estates were fairly basic; some consisted of a single room, although most flats had two or three rooms.  Peabody had strict rules against overcrowding, so there were instances of families with a large number of children occupying two adjoining flats.  The flats were not self-contained; they were originally of the type known as “associated dwellings” meaning that several flats shared the use of a water-closet and sink on the nearest landing.  Communal laundry facilities were provided within the blocks and most estates had communal bathhouses.  They were a vast improvement on London’s slum dwellings where extortionate rents were charged for rooms that were dilapidated and overcrowded, with no indoor sanitation.  Every Peabody estate was managed by a resident superintendent, assisted by a number of porters.  The “super” collected the rents, considered applications for the vacant flats, compiled information about cases of infectious disease, inspected the shared facilities for cleanliness, enforced all the rules and sent full reports to Peabody’s head office.  The porters swept the grounds, lit the gas lamps in the yards and passages, delivered coal to the tenants, supervised the use of the bathhouses and undertook routine repairs.  Before the creation of the NHS in 1948, Peabody subscribed to a number of London’s leading hospitals which entitled it to refer tenants for treatment – that type of care would generally have been unaffordable for people on low incomes.

According to the thirty-second annual report of the trustees of the Peabody Fund from 1897, there was a total of 174 police constables living in Peabody dwellings in 1896. What do you think would have attracted police officers in particular to Peabody dwellings?
That high number probably reflects the fact that policemen – along with soldiers – were viewed as good tenants; they had steady jobs with a regular income and were almost certain to be law-abiding people who would obey the rules and not cause trouble!  It was necessary for applicants to provide references from their employers and evidence that their income was sufficient to enable them to pay the rent.  Some tenants were employed in skilled or semi-skilled trades such as cabinet makers, bookbinders, tailors and metal workers.  However, many heads of households had manual jobs – we find large numbers of labourers, porters, bricklayers and charwomen.

Which of the archive’s entries do you find the most interesting and why?
Successful applicants for accommodation had to sign a tenancy agreement which set out a list of rules; if these were broken the family faced anything from a reprimand to receiving notice to quit.  For example, all tenants had to take their turn in sweeping the front steps and internal passages and cleaning the windows of the shared laundries.  The superintendents maintained records of “cautions” issued to tenants who broke the rules.  Only a few of these caution books have survived, but they make fascinating reading.  My favourite is the record of a man being rebuked for having a party in his home in the 1920s – with a jazz band!  How he fitted a complete band into his small flat is beyond me.  The list of rules was updated from time to time, but the first rule was unvarying – every member of a family moving to an estate had to be vaccinated against smallpox.  That included adults who had to be re-vaccinated even if they had already undergone the process in childhood.  If more children were born and the head of the household refused to have them vaccinated a notice to quit would promptly be served.  It is interesting to reflect on that in the context of current discussions about whether Covid vaccination should be made compulsory.

Historian at The Peabody Trust

Above: ​George Peabody
© The Peabody Trust

Above left & right: Peabody Estate, Shadwell London in the early twentieth century and in more recent times
© The Peabody Trust 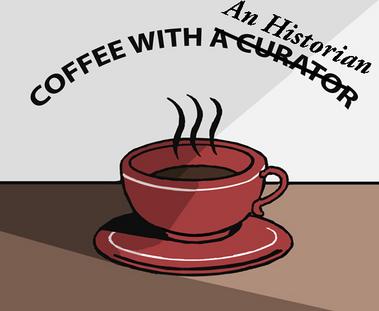 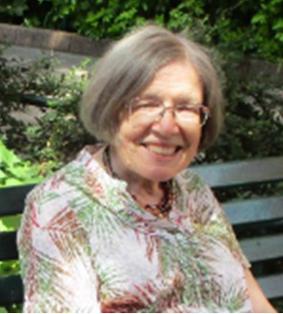 What are the most rewarding aspects of your job, and are there any particular difficulties you encounter?

I value the opportunities it gives me to make George Peabody’s life and legacy more widely known.  I enjoy answering enquiries about the history of the Trust and of its older buildings, whether they come from colleagues or from the general public.  I am regularly contacted by amateur family historians whose ancestors lived on a Peabody estate and by academics and students researching the history of social housing.  Requests also come from authors who want facts or images for books they are writing, or from the media for material to use in news features or TV programmes.  New research can be exciting, as these days so much information is available online.  It gives access to documents that were previously harder to obtain, such as the census returns,

In January, subscribers to the Gaslight Gazette were treated to the first read-through of part one of the brand-new Bow Street Society Casebook short story, The Case of the Scream in the Smog. They would’ve also read a very special thanks I gave to the Peabody Trust and its historian, Christine Wagg, prior to the story’s start. Her knowledge and assistance were invaluable in getting the story's portrayal of Peabody Square in Shadwell, London, and the Peabody Trust as accurate as possible. Therefore, I’m delighted to welcome Christine to the blog to explore the Peabody Trust and its history a little further.

Please tell us a bit about yourself, the Peabody Trust, and your role as its Historian

My professional background is in property law; my first two jobs were with firms of solicitors where I undertook residential conveyancing work.  I moved to my post at Peabody at the end of 1992 when they required someone with conveyancing experience.  I had to examine the early title deeds and send them to Peabody’s external solicitors who were dealing with some property transactions.  The deeds were fascinating, as were many other original documents relating to the Trust’s history.

My legal responsibilities expanded and I also began answering an increasing number of external enquiries about our history and early records.  I combined the two roles until a few years ago when I ceased doing legal work to focus solely on being the in-house historian.

The organisation had been founded in 1862 by George Peabody, who was born in America in 1795 but later settled in London where he made a fortune as an investment banker.  From an early age he had wished to become a philanthropist and he started a number of charitable enterprises in the USA.  Wanting to do something to benefit London, where he had achieved his greatest business success, he was advised that healthy and affordable housing for Londoners on low incomes was a desperate need.  George Peabody chose five Trustees and gave them £150,000 – he added to this with further lifetime gifts and a legacy in his will, making a total of half a million pounds.  The present-day equivalent is approximately £55m.  This generosity – especially from a foreign citizen – was unprecedented and it led to him being granted the Freedom of the City of London.  When he died in 1869, he was accorded the further honour of a funeral in Westminster Abbey before his body was taken back to America for final burial.