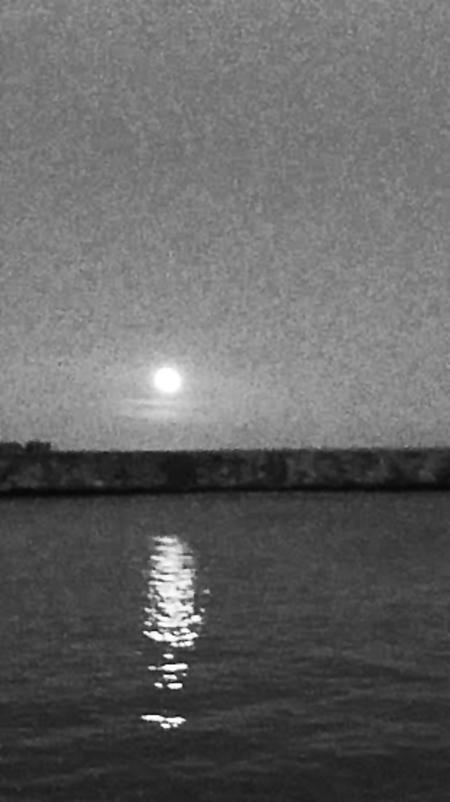 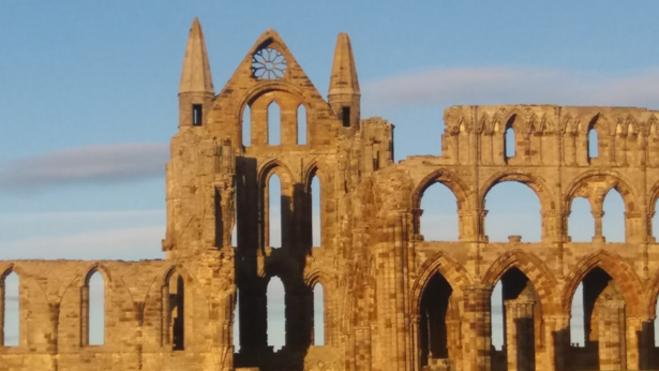 At dusk my friends and I took a walk along the pier. We passed the door to the ‘Dracula Experience’ but decided not to see what was inside. According to the sign, and an account from my sister, actors jump out at you as you fumble your way through the building. That was not our idea of fun!

As we came to the pier, the moon was already out. While walking along the pier—gradually leaving the hubbub of Whitby behind and hearing only the tumultuous sea as the waves crashed against the stone—I felt immersed in the eerie atmosphere that has inspired so many writers. I’ve often considered taking some of the Bow Street Society members out of London for an investigation. Marsden Rock has been one location I’ve considered sending them to. Whitby has to be another. With such literary heritage as Bram Stoker’s Dracula how could it not?

According to the article HOW DRACULA CAME TO WHITBY on the English Heritage website “Bram Stoker arrived at Mrs Veazey’s guesthouse at 6 Royal Crescent, Whitby, at the end of July 1890. As the business manager of actor Henry Irving, Stoker had just completed a gruelling theatrical tour of Scotland. It was Irving who recommended Whitby, where he’d once run a circus, as a place to stay.” The same article describes Whitby Abbey as “a once-great Benedictine monastery, founded in the 11th century. The medieval abbey stands on the site of a much earlier monastery, founded in 657 by an Anglian princess, Hild, who became its first abbess.” To read the full article click here: https://www.english-heritage.org.uk/visit/places/whitby-abbey/history/dracula/

There are precisely 199 steps up to the churchyard of St. Mary’s. The steps are steep, cobbled, and narrow. There are points/benches at which one may stop for a rest, though. I did wonder why one more step was never added to make it a round 200 but I’m sure many travellers would disagree that such is needed. I also thought about Bram Stoker climbing the steps and whether or not he would’ve had the same problem as us getting into the Abbey. Since he arrived in July, though, it was unlikely access to the Abbey would’ve been restricted. Still, imagine if it had been? Dracula as we know it may never have been written!

Whitby’s coastline, like others, suffers from erosion. As my friends and I walked through the churchyard, my friend explained erosion had caused some of the graves to collapse and for the bones of their occupants to fall into the sea. A macabre thought, indeed! Yet eerily fitting for a location that has inspired a gothic horror novel. When walking along the beach, we could see several of the clifftop houses were worryingly close to the edge. 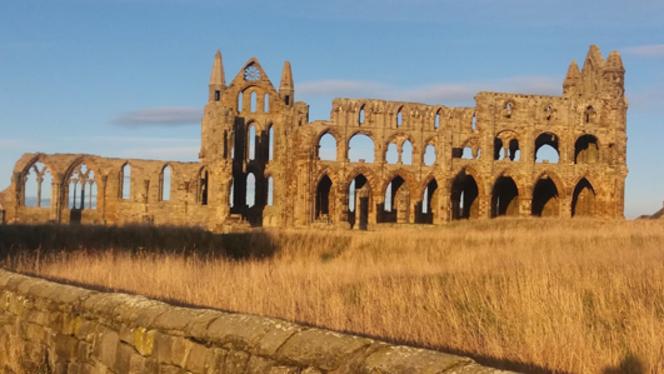 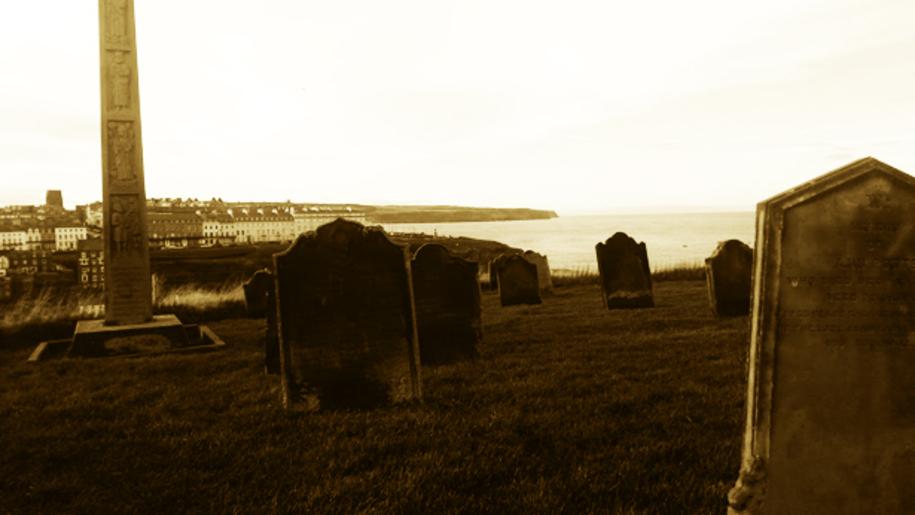 During the weekend before Christmas I was fortunate to enjoy a stay in the Yorkshire coastal town of Whitby with friends. As it’s become synonymous with Bram Stoker and his great Gothic work Dracula I thought it would be fitting to feature it in this month’s blog. I’d always wanted to visit Whitby after reading about it in the book (that I’ve read twice, by the way. First, for a school essay that compared Bram Stoker’s Dracula with Anne Rice’s Louis from Interview with a Vampire, and second, for a university essay about the uncanny in Victorian Gothic literature).

Whitby Abbey was (inevitably) a must-see but, alas, the visitor centre was closed and we were unable to walk up to the Abbey itself. I was still able to take some dramatic photographs as the sun was setting, though, as you can see below.