Tracking down Edward Turbeville after his escape: 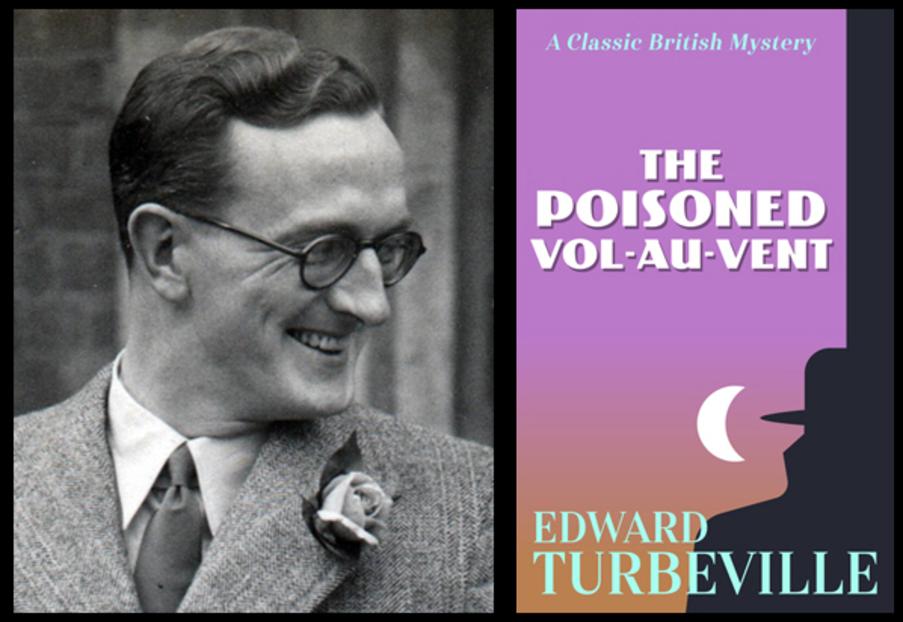 The Writers' Wing would like to welcome its next inmate, mystery author Edward Turbeville.

Edward Turbeville is a mystery writer from England’s ancient Forest of Dean. His favourite authors include Agatha Christie, Evelyn Waugh, P G Wodehouse and Nevil Shute. Edward is also a fan of the Classics, notably Cicero and Vergil. He has written an alliterative verse translation of Book III of the Aeneid.  His latest release is The Poisoned Vol-au-vent, a murder mystery set in 1970s suburban England.

Agatha Christie. Not only a brilliant writer, but a very interesting person who travelled extensively and met a wide range of interesting people. Her biography "Come, tell me how you live" is a particularly engaging tale of her archaeology years in the Middle East, with Max Mallowan. She was also very involved in the theatre world, which I would be interested in asking her more about.

1. Mike & Psmith by PG Wodehouse - simply one of the funniest books ever. If I can cheat on this question, I would get the combined edition with both "Mike" and "Mike & Psmith". I cannot read this book without laughing.

2. Scoop by Evelyn Waugh - a huge favourite. I have probably read it half a dozen times, and every time is as good as (if not better than) the last.

3. They Came to Baghdad by Agatha Christie - it’s almost impossible to choose a single Christie, and typically my favourite is The Man in the Brown Suit. But I’ve read that more recently than They Came to Baghdad, so put on the spot, I would choose that one. It’s such an exciting adventure, and having spent some years in the Middle East, has some charmingly familiar aspects.

4. Round the Bend by Nevil Shute - this is one of the most unusual books you will ever read, the twist at the end is unprecedented. Apparently it was Shute’s favourite of all his works. Do not research this book before you read it, because the ending is likely spoiled on Wikipedia and so on.

Perry Beck, the star of my (still in progress) "Unlocked" trilogy of murder mystery novels: The Lock, The Pick and The Key. Perry is a young man with almost preternatural lockpicking skills, who was raised from infancy by a guild of thieves. He has since forged his own path, and now lives on a narrowboat eventually working as a private inquiry agent. He’s a very interesting and intelligent young man, who has lived by his wits from a young age, and is gradually uncovering dark secrets about his background.