Tracking down Gabriella Messina after her escape:

The Writers' Wing would like to welcome its next inmate, crime writer, Gabriella Messina.

Always a spinner of tales, Gabriella Messina’s journey as an author began in the realm of screenwriting. After teaching herself the basics, she completed several full-length screenplays, including “The Devil Inside”, the award-winning script she later adapted into her first published novel, BLOODLINE. Ms. Messina also adapted her original scripted series into novellas, published as KATE GARDENER MYSTERIES. Whether writing fantasy or crime fiction, short stories or full-length novels, Ms. Messina brings a fresh point of view and a snarky wisdom to her work, exploring science, justice, faith and feeling in equal measure.

Her upcoming release, SACRED GEOMETRY, is the seventh book in the Kate Gardener Mysteries series. Two interconnected murders challenge the investigators… For New Scotland Yard detectives Hagen and Pierce, the finger of motive points to the rowdy bunch trying to stop construction on the site… at least until a second body enters the equation. Now the detectives have two separate cases to juggle as they search for the link between them, if there is one.

Links are foremost on Kate Gardener’s mind. As she gets closer to the heart of the decade-old murder involving the members of the posh “Cavendish Club”, she realizes she may have bitten off more than she can safely chew. Constantly tailed by a pair of thugs, Kate is shaken when a violent attack nearly takes a friend’s life. The sudden return of Kate’s ex, and Cavendish member, Parris Devereux makes it clear that she’s closer to uncovering the truth than ever before… Too close. One thing is certain… Evil may wear many masks, but it never stays hidden for long.

In addition to her creative writing, Ms. Messina freelances, providing web content and blog posts for businesses covering a wide range of topics, from medicine and travel to insurance and business news. When not writing, she enjoys indulging in her favorite “guilty pleasures”: coffee and chocolate, watching car racing with her son, and spending too much time looking at music videos online.

You can find more information about Gabriella Messina and her writing at her website, www.gabriellamessinawrites.wordpress.com, where she features her writing and graphics.

Whether it’s a cellmate or a roommate, you always hope you get someone you mesh well with… have things in common and such… But still offers enough contrast to keep things interesting, because it’s going to get boring in there… So I’d have to go with Agatha Christie. It would be fun to “talk shop” about writing and such, but mostly I’d be interested in hearing about the archaeology and adventures she was a part of, and hopefully I could entertain her with tales of working at the carnival.

The Princess Bride by William Goldman…Whether reading it to myself, or out loud to my cellmate, this is one of the funniest books ever. Just the beginning pages detailing the women before “Princess” buttercup who achieved the distinction of Most Beautiful in the World, and how they lost those titles, is too much.

The Collected Works of William Shakespeare… History, tragedy, comedy, verse… He did it all and it’s all right there. Have to have my Shakespeare at-hand.

The Chalice and the Blade by Tara Janzen (formerly Glenna McReynolds)…I haven’t read many romance novels, and probably would never have read this one if I hadn’t thought, based on the Advanced Reader Cover it had, that it was a medieval adventure. And it is, which is why I enjoyed it so much. It’s a story with a lot of layers, richly developed characters and you can tell a huge amount of research went into the time period accuracy and the Celtic and Druidic elements. It’s a story about redemption, love and hate, justice, and it’s one I enjoy returning to over and over.

Personal Recollections of Joan of Arc by Mark Twain…Arguably his best book, and the one he was the proudest of… Even if you aren’t a religious person, the story of this ordinary young woman accomplishing the extraordinary in such a short time and being so horribly and unjustly mistreated in the end, is an inspiring one.

I’d have to say Kate Gardener, primarily because she would have the tools with her and know how to pick the lock on the cell door. 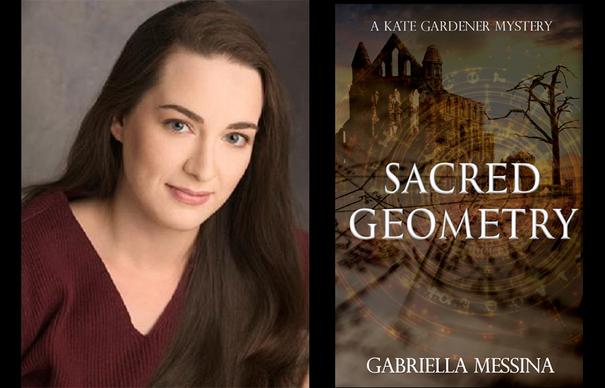 The Writers' Wing is a fictional cell block where crime, thriller, mystery, horror, true crime nonfiction and suspense authors are invited to imagine themselves as inmates in a fictional prison while answering questions.

Interested in becoming an inmate on the Writer's Wing? . ​​