Above: licensed image of a prison door from Getty Images

If, like me, the closest you’ve ever gotten to a prison is the TV series Bad Girls or—dare I say—Porridge, then the reality of this world behind the walls will be completely alien to you. Thus far, I’ve not had any cause to feature a prison in any of my Bow Street Society works. Yet, when I eventually do, I will want to strive for as much accuracy as possible. This can be near impossible to achieve if, again, like me, you’ve never stepped foot inside one. Fortunately, there are people who are willing to share their knowledge and experiences of the prison system to inform the portrayal of such in fiction and television. In this month’s blog, I’m absolutely delighted to be featuring one such person: retired Prison Officer Gary Clarke.

Could you tell us a bit about yourself and your background?
I am 52 years old and married to Fiona. I have 2 step sons aged 15 and 10 and live in Huntingdon, Cambridgeshire. I currently work for Iceland (the food store not the country). I joined Iceland after leaving the Prison Service in 2018 after 29 year’s service.

I joined the Prison Service in October 1989 a week before my 21st birthday. I did my initial training at Prison Service College Wakefield before being posted to HMP Pentonville in North London.

I also volunteer for a men’s mental health charity called Andy’s Man Club, where I facilitate a peer led support group for men aged 18+ who suffer from mental health issues, something I myself have suffered and still do suffer with.

How would you describe your experience of working within the prison system?
When I joined the service my dad, who was a Principal Officer at the time, told me that the job is 95% routine and mundane but my god the other 5% will make up for it, and this was very true.

The service in 1990 was very different from the service of today and towards the end of my career. When I joined it was a career, I never envisaged doing anything else. I made lifelong friends who, when you were working with them, would put their life on the line for you and you for them. Although this rarely needed to happen because teamwork and support dealt with most issues.

On the whole I loved my service. It was challenging, exciting and rewarding, dealing with some very difficult and disturbed individuals and situations. I have dealt with death, suicide, natural causes and murder. I have dealt with birth—yes, I managed a mother and baby unit whilst at Peterborough.

The end of my career was sadly another story. I suffer from a chronic eye condition that at times restricted what I could do, because of this I became the victim of intense and prolonged bullying from my manager and manager’s manager, leading me to suffer from severe depression and suicidal thoughts. Thankfully, I had a superb family and the support they gave me pulled me through this difficult time. Although this tainted my career somewhat it did not change my overall belief that I’d had a challenging and rewarding career.

Could you give some examples of your most enduring memories from your time working within the prison system?
This is a really difficult question to answer and keep relatively short.

There are many incidents that stick firmly in my memory. I was involved in the notorious IRA escape from HMP Whitemoor in 1993 and then the riot at the same establishment in 1994.

All that said, my most enjoyable and rewarding time was working as the safer custody manager at HMP/YOI Peterborough. I was initially only dealing with female prisoners, but this was later expanded to deal with males as well.

It was where I found I could make a real difference and learn to understand what the driving force was behind self-harm. It really triggered a lasting interest in this area and is why I still volunteer for Andy’s Man Club.

I dealt with a number of suicides over the years and you wouldn’t be human if this didn’t affect you. It was tough to understand why and then deal with Police and Prison Ombudsman investigations, and then even more challenging were the inquests that followed and the families of the deceased. As the individual at the forefront of this I was very often the one who received the brunt of their anger and loss. I learnt very quickly not to take this personally.

As I have previously mentioned my career was on the whole rewarding and satisfying. Even the events over the last two years of my service have given me new strength and desire to help others and understand the issues they are having. Hence why I shortly open my second support group for Andy’s Man Club in Huntingdon. It has become my passion and desire to help others.

Did you always want to work within the prison system? Why?
I’m not really sure if I always wanted to be a Prison Officer, but it was a natural move for me. As I have previously mentioned my father was in the service as were his 3 brothers, my cousin and my late brother-in-law, so I just carried on the family tradition.

I joined a week before my 21st birthday but I always say I was in a very different position to most 20-year-olds.  I knew what prisons were like; I had visited many over the years. I would use the line ‘I have been in and out of prison all my life’ which I had.

You have offered your services to authors seeking information and advice on the prison system. Why? How can authors contact you?
I have always been an avid reader and love a good crime novel, but I get hugely frustrated when authors and TV companies can’t get the basics right and sometimes in my opinion just make it up.

I had been thinking for a while how I could help and use my knowledge and experiences in a positive manner, hence the post on Facebook, and oh my God how that has taken off.

I am shortly to become part of a website called policeadvisors.co.uk where I will be the prison expert helping authors and TV companies be accurate in their portrayal of the prison system.

Prisons only ever receive bad press and I want to help get the good and lifesaving work that goes on behind the walls out into the public domain.

What advice would you give to someone thinking about starting a career in the prison system?
This is a very difficult question to answer as very few people who join as a Prison Officer today do so as a career. They just see it as a job, something it most definitely isn’t.

If they aspire for a career and are willing to listen and work, then I would support them 100% but if they are just looking for a job then it’s not the answer. The service has changed so much over 30 years it’s scary. The nature of prisoners has changed; they are far more violent now than they ever were.

For me the worst change that has been made is the fact that the joining age is now 18 years old. You are asking a kid to look after and control hundreds of experienced prisoners and it doesn’t work. If someone asked me today at 18 years of age “should I join the prison service” my answer would be “no – go and get some life experience and if at 25 you still want to join then go for it, it can still be a challenging and rewarding career”.


I’d like to thank Gary Clarke for taking the time to answer my questions and share his knowledge and experiences with me and my readers. I’m sure you found his answers as fascinating as I did. 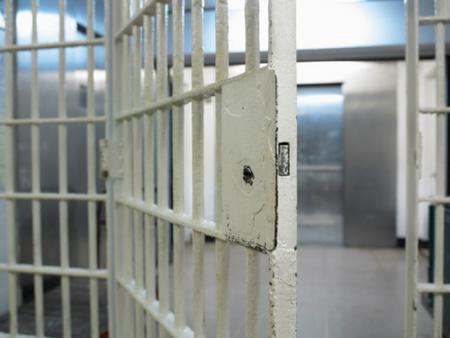