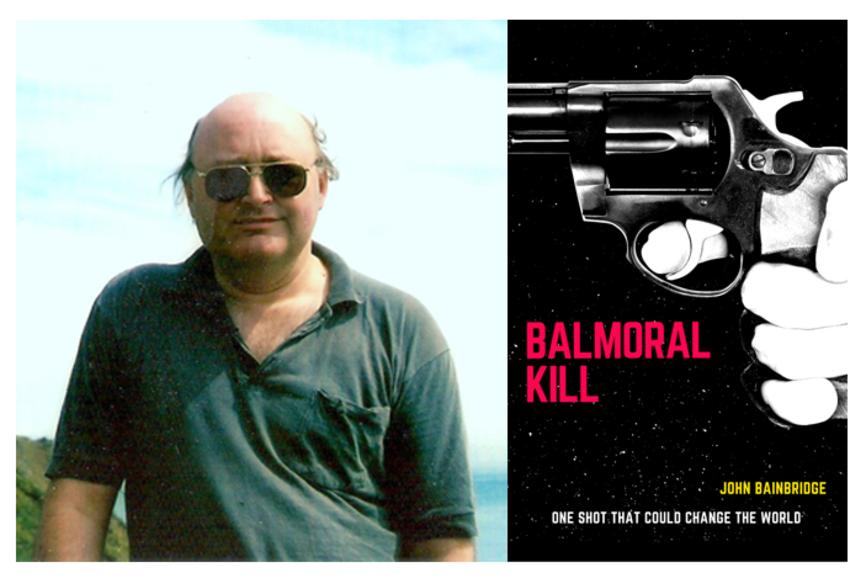 Tracking down ​John Bainbridge after his escape:

The Writers' Wing would like to welcome its fourth inmate, thriller author John Bainbridge.

I’ve been a professional writer nearly fifty years, much of that in magazine journalism. I’ve always written fiction, but only recently started to publish my historical thrillers. I gained my degree at the University of East Anglia, famed in my day as a writer’s university. I read literature and nineteenth century social history – hence the Victorian settings I use in some of my books.

My own favourite among my works is Balmoral Kill, a conspiracy thriller set in 1937, against a background of the Nazis’ threat to Britain. Sean Miller, its hero, is my favourite character and the nearest to me in many ways – a hillwalker and agitator.

I’ve been in several jails for various reasons, though never as a prisoner.

It would be interesting to share with another writer, because you’d have a lot to talk about, but quiet moments when you try to write. Perhaps someone like John Buchan, who – like me – was a country walker as well as a writer of thrillers.

1. The Complete Works of Shakespeare – I can’t imagine a world without Shakespeare in it. I first read the plays and poems when I was very young.  Everything you need to know about the world is there. I used to know many of the plays by heart, but my memory isn’t what it was.

2. Lavengro by George Borrow – Borrow is the great lost genius of 19th century literature, famous in his day but now unfairly neglected. His world of hack-writing in 1820s London and adventures on the open road with Gypsies is a wonderful escape. There’s always something new to discover in his pages.

3. Scholar Gipsies by John Buchan – I nearly decided on one of his famous thrillers, but I know most of them almost by heart. This is one of his early books, written before he was twenty – a collection of his short stories and essays. It’s a hymn of praise to the Scottish countryside, where I so often go hillwalking.

4. A Shepherd’s Life by W. H. Hudson – Hudson’s greatest book and another I often re-read. Not just a portrait of a shepherd, but a look at a whole village in Wiltshire/Hampshire during the often lawless days of the 19th century. Some of the most beautiful writing you’ll ever encounter.

Sean Miller, the hero of my novel Balmoral Kill, which is set in the 1930s. Sean’s a bandit at heart, and has been in jail, probably escaped from a few in his time. A very useful ally if you’re planning to escape.