Authentic to the Victorian Era, this bottle is one of my most recent purchases. It’s approximately the size of a salt shaker and surprisingly light-weight. Those of you who’ve read The Case of the Spectral Shot will know the Bow Street Society counts a Spiritualist amongst its members. In that book the Spiritualist, Mr Virgil Verity, removes some holy water from his bag as part of his preparation for conducting a séance. I was therefore keen to acquire this object as it perfectly represents not only Mr Verity but also the Spiritualism Movement that popular at the time.

In addition to being the official monthly newsletter, the Gaslight Gazette is also where clumsy-yet-loveable Bow Street Society member Joseph Maxwell works in the books. Beginning his tenure as an apprentice three years prior to the events of the Case of the Curious Client, Mr Maxwell became a fully-fledged journalist at that particular mystery’s conclusion.

Printed onto paper stock traditionally used by newspapers, the edition’s headline alludes to the trial of the murderer exposed at the end of The Case of the Curious Client. The drawing depicts Chief Inspector Richard Jones of Scotland Yard, whilst the article was written by me. Eagle-eyed viewers of the

Although he’s not a member of the Bow Street Society, Inspector Conway is nevertheless significant to the group for several reasons (no spoilers here!). The Bow Street Society has also had numerous confrontations with the Metropolitan Police during the course of their investigations, and handcuffs are synonymous with crime and, by extension, crime fiction.  It was for these

For May and June’s blogs I was fortunate enough to have a virtual coffee with the curators of the Metropolitan Police Historic Collection and the Virtual Typewriter Museum respectively. These chats made me reflect on my own antique collection which I display on my stand at book signing events. Therefore, I decided to use this month’s blog to guide you through the objects of the Bow Street Society and explain how they’re connected to its members and cases.

THE OBJECTS OF THE BOW STREET SOCIETY

The authentic, Victorian Era green bottle at the front of this grouping can be identified as a vessel for poison by the ‘NOT TO BE TAKEN’ inscription and vertical ridges. These ridges were designed to inform the chemist, through touch, that the bottle contained poison when the chemist was removing it from the high shelving behind his counter. Due to his scientific testing for the presence of poison in the bodies of 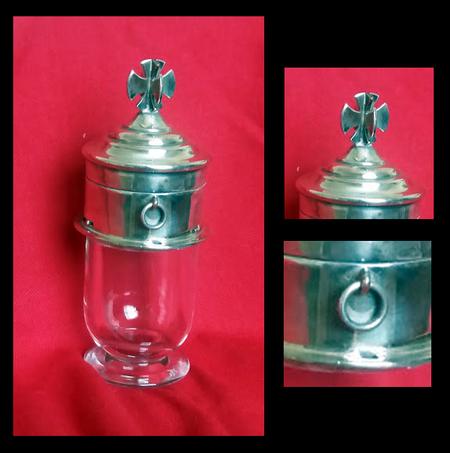 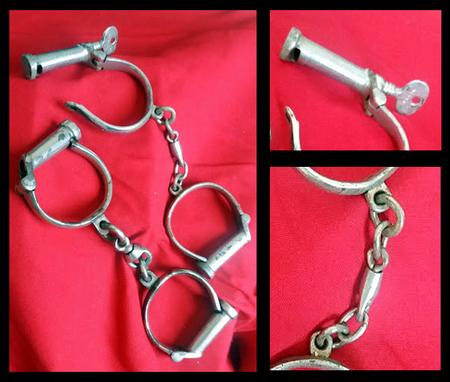 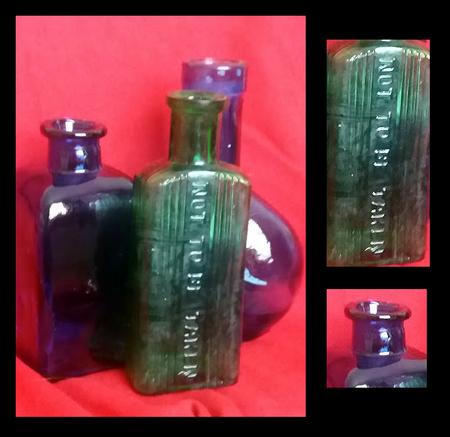 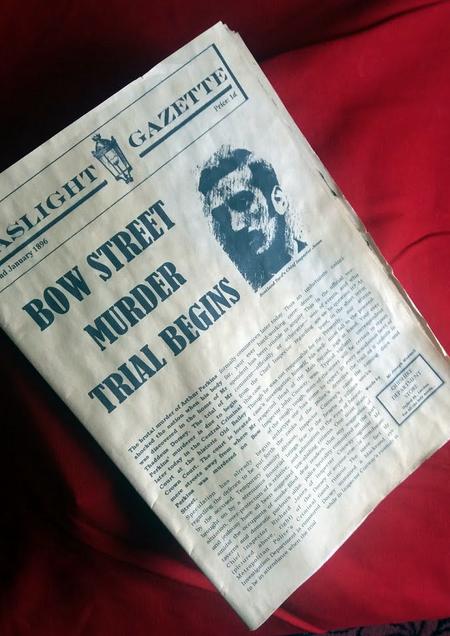 book trailer for The Case of the Curious Client will have spotted this same edition in the hands of Miss Rebecca Trent (played by Sabrina Poole) when she invites Mr Baldwin to sit. Readers will have also met Mr Oswald Baldwin in all four of the Bow Street Society Mysteries published thus far as, like Mr Maxwell, he also works for the Gaslight Gazette in the books.  Finally, because the pictured edition is printed onto paper stock traditionally used by newspapers it has aged in the same way a newspaper would. Thus, the more yellow it becomes, the more it looks as if it could’ve been printed in the Victorian Era.

reasons, then, that I decided to purchase them from antique dealers Skinner & Hyde and add them to my display.

The set on the left was the first I purchased. Unfortunately, their locking mechanism is rusted shut and their key is missing. I’m always careful to point this out to visitors who are curious enough to pick them up from my display. After all, the last thing I want is for them to get trapped in the handcuffs! The set on the right was purchased recently with the holy water bottle. Unlike the first set, these have a working mechanism and key. Nonetheless, I’d still be reluctant to let anyone put them on! Both sets are typical of the style used by the police during the Victorian Era.

Other antiques in my collection, which haven’t been included here, are an authentic camera from the 1890s and a pair of authentic sunglasses similar to those worn by Queen Victoria. If you’d like to see my collection up close, have a chat about them, or simply find out more about me and my writing then visit the ‘Book Signings’ page to find out where me and my antiques will be next!

victims at the centre of two Bow Street Society cases, surgeon and Bow Street Society member, Dr. Percy Weeks, is perfectly represented by this green bottle. I purchased it from an antique shop in Whitby (a seaside town made famous by Bram Stoker’s Dracula) for the princely sum of £5!

The blue bottles were purchased from my local charity shop and are considerably more modern than the green one. In spite of this, though, I thought they were reminiscent of the blue, glass tonic bottles one would find in chemist shops during the Victorian Era. On this basis, therefore, I decided they would serve as an excellent representation of qualified medical doctor and Bow Street Society member Doctor Lynette Locke. 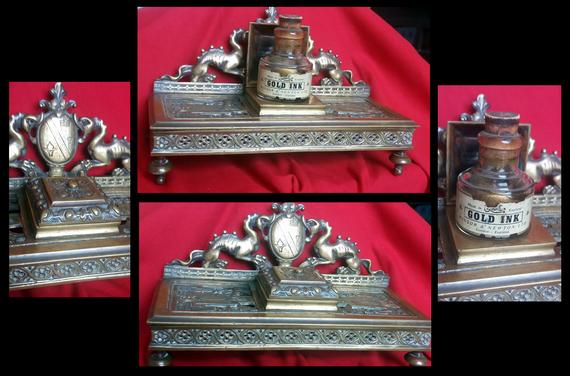 Also authentic to the Victorian Era, this inkwell and ‘Gold Ink’ bottle were purchased alongside the green poison bottle from the antique shop in Whitby. I can honestly say I could’ve spent a fortune in that shop! If I’m unable to link an object to a Bow Street Society member or mystery, though, then I’ll use this as a deciding factor when I’m unsure whether or not to purchase a particular antique. Space and ease of display are also factors I take into consideration. Although this inkwell is heavy and the bottle delicate, it’s easy to display and store. I also thought it was an excellent symbol of the administrative aspects of Miss Trent’s role as the Bow Street Society’s clerk. Furthermore, it can also be connected to Bow Street Society members Mr Joseph Maxwell, Lady Katheryne Owston, and Miss Agnes Webster due to their usual occupations involving writing and transcription.