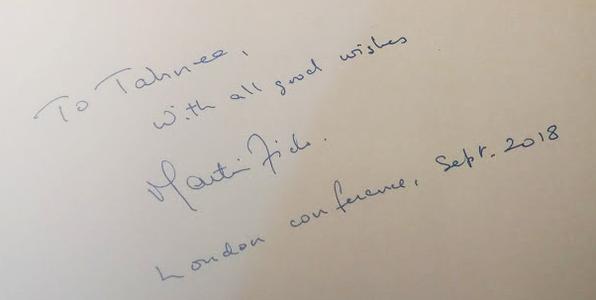 My books. It's not what you arrive with, it's what you take away that counts!

Professor David Wilson is regarded as the UK’s leading Criminologist and has been a professor of criminology at Birmingham City University and prison governor. During his talk—Jack the Ripper: A Structural Perspective—he revealed he’d been at HMP Woodhill in my home town of Milton Keynes—this was a surprise to me! Prof. Wilson has also acted as an advisor to many police forces. In his talk, he discussed the statistical characteristics of victims of serial killers in the United Kingdom, the rarity of female serial killers from the UK, and much more. Everyone I spoke to afterward agreed they could’ve listened to Prof. Wilson speak all day. I was also able to have my photograph taken with him and he was kind enough to give me an autograph for my mum. She was thrilled to bits with it!​

THE JACK THE RIPPER CRIME CONFERENCE 2018​​ 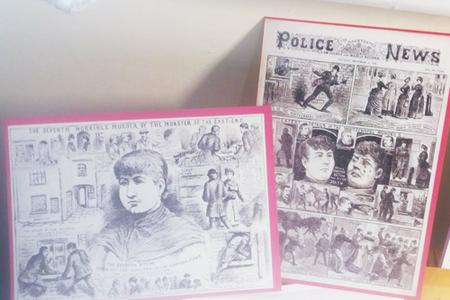 Me with Prof. David Wilson.

Martin Fido's autograph and message to me in my copy of The Official Encyclopaedia of Scotland Yard.

If you’ve read my ‘About T.G. Campbell’ page on this website, you’ll know I used to work for the Witness Service. Part of this work was contacting witnesses and victims of crime to offer them support. It was because of my experience of being so close to the true impact of crime on people’s lives that I did find some aspects of the conference uncomfortable. For example, the opportunity to handle artefacts

As you can see from the photograph below, I was also able to satisfy my first objective in attending the conference. The Fragments of the East End book was the raffle prize I chose, while the other two were purchases from the conference’s book shop. The murder houses book includes details of notorious crimes from various London streets. Since one of the Bow Street Society members is a criminal lawyer (Mr Gregory Elliott), I thought the book could be a good source of past cases Mr Elliott could reference and/or cases a fictional case for the Bow Street Society could be connected to. The book about body snatchers can be a source of research for the acquired knowledge of numerous Bow Street Society members, namely Dr. Percy Weeks, Dr. Lynette Locke, and even—well, I can’t mention his name as he first appears in The Case of the Spectral Shot (Bow Street Society mystery 3), due for release on the 31st October 2018. As the professions and fields of expertise of the Bow Street Society members are so broad, the books I tend to acquire range from the mundane (train drivers’ handbook) to the intriguing (the secrets of Houdini) to the peculiar (body snatchers). 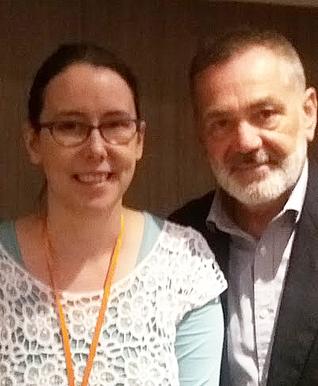 Martin Fido’s talk wasn’t due to take place until after the three course dinner in the evening. Fate intervened, though, and he sat beside me while another of the conference’s speakers, JJ Hainsworth, gave his talk; Jack the Ripper: Case Solved. Before Mr Hainsworth’s talk began, Mr Fido and I spoke about our shared fascination with the formation of the British police, his book (mentioned above), and the cold weather! He was a thoroughly nice gentleman and I feel honoured to have spoken to him, and sat beside him, during the conference. He was also kind enough to sign my copy of The Official Encyclopaedia of Scotland Yard. He joked the book’s dust cover may become more valuable than his signature, but this book is now one of my most prized possessions.

which once belonged to Lord Lucan and clothes which once belonged to Lady Lucan. When post mortem photographs were shown of Jack the Ripper’s victims, I was also struck by the thought that these women wouldn’t have wanted to have been seen in this way. It then renewed in me the feeling of frustration that the full life stories of these women had yet to be shown to the mainstream public. I think, in doing this, they may be able to transcend the 2D label of “Jack the Ripper’s victims” and become fully rounded human beings in the public’s consciousness. I do want to point out that those giving talks at the conference demonstrated an awareness of these women being “real people” when they spoke. The bus tour on the Sunday was also based upon giving these women the respect they deserve.  The photograph (above right) shows postcards from the conference's delegate pack. The postcards have reproductions of images from the press at the time of the murders.

My overall impression of the conference was: it was a forum for open discussion, analysis, and debate about the Jack the Ripper case, the psyche of serial killers, and evidence (both old and new) in unsolved cases. It was clear, at least to me, everyone had a deep interest in true crime and a great enthusiasm to see the unsolved cases finally find resolutions. My enduring memories will be meeting both Professor David Wilson and Martin Fido, and sitting beside a serving police officer, a Ripperologist, and a Jack the Ripper Tour Guide at dinner.

On Saturday 29th September I attended my first ever Jack the Ripper Crime Conference at the Arbor City Hotel in Whitechapel (where else?) in London. Like (almost) everyone on the face of the planet I’d heard about the (still) unsolved crimes of Jack the Ripper. I’d conducted some research into the early lives of some of the Ripper’s victims, for a television script project I’d been working on with my friend, in the past. I wasn’t 100% familiar with all the details of the crimes, though, when I first booked my ticket for the conference. I still wasn’t by the time I actually attended.

I had several reasons for attending:

1) Such events can be a source of valuable research material, specifically about late nineteenth century London, the nature of police work at this time, and the social and cultural climates of the era.

2) I was keen to hear Professor David Wilson speak, as I’d watched him on many true crime documentaries in the past.

3) Martin Fido, a co-author of The Official Encyclopaedia of Scotland Yard, was also speaking at the conference and I was keen to hear him, too. 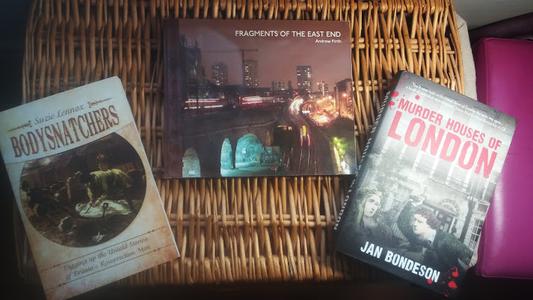