A surgeon who insensitively refers to the corpses he dissects as “meat”, Dr Percy Michael Weeks is foul-mouthed and foul-minded. Unafraid to speak his mind, even if it causes  offence or anger, he puts little to no stock in the opinions of others. Canadian by birth, he has retained his accent despite living in London for several years. Yet, despite his uncouth  manner and blatant alcoholism, he is widely considered one of London’s best surgeons by his peers and the Metropolitan Police Force alike. He holds a long-standing commission with the latter, and so is often summoned to scenes where a body is present. During Society investigations, he’ll share his findings from post mortems with the group and draw upon his intricate knowledge of poisons and emerging forensic sciences. It should be noted, though, that he hides his Bow Street Society  membership from the police wherever possible.

“Not as good as sex but sure damn close.”
(Referring to a cigarette)


“Yeah, I were elbow deep in the second victim’s body when ya decided to drop in.”


“Don’t mind him. You should hear him when he’s not had a drink inside him.” 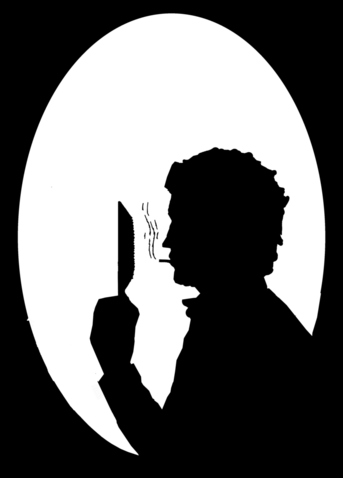