Tell us a bit about yourself and the inspiration behind your book.
I am an ex-police officer having served with Kent Police, although I was born in Romford and lived in Essex for my first 21 years, experiencing life in the Met Police as a special constable. I am married to Steve, currently live in East Sussex having been blessed with two darling girls and a wonderful step daughter. However, when they left home I returned to           university, as a mature student, studying for an MA in history, whilst there the Victorian era sparked my interest. I obtained a distinction overall and in my final dissertation. This is what inspired me to write about the evolvement of the police in Kent, as I researched the murder of Eliza O’ Rourke, a 7-year-old who was raped, murdered, and dumped in a pond close to Tonbridge. Tonbridge having been my home for 25 years before moving away. 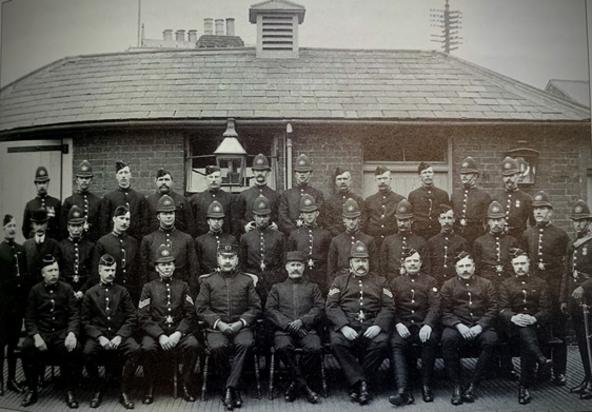 An Interview with Author and Historian Pam Mills

The book covers the history of Tonbridge Division from its creation to WWI. Was there a particular decade/event you found more fascinating than others during your research? Why?
The book covers pre–Kent County Constabulary; an area under reported on, so I found that to be a good starting place. It was most interesting to find gaps in current publications so I focused on expanding the missing links. The creation of the detective branch was the most interesting as following on from the detective branch created in the Metropolis in 1842 being        attributed to the capture of Daniel Good in Tonbridge, the puzzle pieces fitted nicely together.
Another passion of mine is WW1 and adding that as a final chapter finished the book for me as this was the ‘and more’, it is prudent, I feel, to remember the policemen who left the police and died serving the country in the Great War.

Do you think it’s important for the history of     policing outside of London to be researched and showcased? Why?
I think the most researched force is the Metropolitan as it offers the most valuable archival records, and it is conceived to be the first and best. Yet, county forces have a lot to offer, for example in the way they treated prisoners, which is bizarrely nothing like what has been described by narrators who have concentrated on Victorian London. Even before Judges Rules or Police and Criminal Evidence Act, Kent in the early years treated prisoners well, with 3 meals a day, a change of clothing if it got ruined in the arrest, and female turnkeys who looked after female prisoners. As an avid drama watcher, it was apparent my view had been tainted by television and 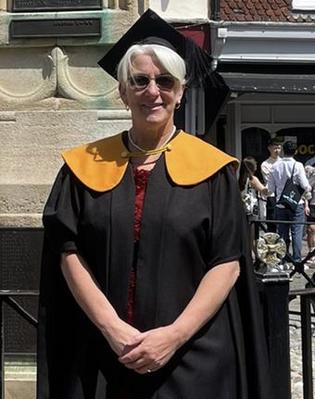 Avid readers of the Bow Street Society Mystery series will know the group’s clerk, Miss Rebecca Trent, was raised in Tonbridge, Kent, by her Aunt Dorothea. During the course of my research into the area for the 6th book, The Case of The Pugilist’s Ploy, I was honoured to have the invaluable assistance of local historian and author of Prevention, Detection & Keepers of the Peace: Policing Tonbridge, a Division of Kent County Constabulary. The first 50 years and more. (Tunbridge Wells; Heronswood press Ltd, 2022), Pam Mills [MA]. The knowledge, advice, and sources she provided were key to the accurate depiction of Tonbridge, and its police, in my book. Therefore, I was delighted to have the opportunity to talk to her about the inspiration behind Prevention, Detection & Keepers of the Peace, her background, and the reality of policing Kent in the nineteenth century and beyond. 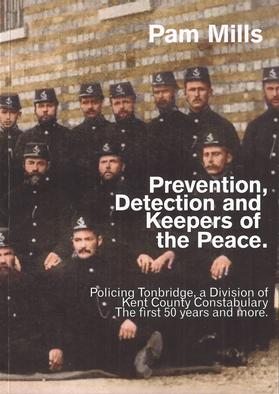 Do you think you’ll write a second volume spanning the period from the post WWI era to the modern day? Why?
I do not at present see myself writing another book as one, the research material is limited, the only police journals available at the Kent Archives go up to 1943, it appears someone decided it was not worth keeping records, [this we as historians gasp at ….as it is our bread and butter]. Primary source  evidence is what I focus on for reliability and accuracy, and secondly, after 1918 it seems the bureaucracy behind policing becomes political so I chose to stop there.

What was the most unusual fact you uncovered during your research?
I have two in fact:
The fact that the role of detectives was not shrouded in secrecy as some narrators have us believe. In fact, the first detective in Tonbridge could be seen regularly dealing with offences and appearing in court.  Also, police became relieving officers for the workhouse, for a while, handling cheques for admission. If a vagrant had money they were not entitled to assistance and more to the point if a vagrant asked for help and it was subsequently discovered he had money he committed an offence, so frequent visitors to Tonbridge used to hide their money before applying for assistance!

dramas about policing Victorian London. So, it was time to set the record straight – how did Kent as a county force come about, and how did the police perform their role, including how, after a rocky start and seeing over a third of the men being disciplined in the first year, following orders became paramount. As time progressed professionalisation came about not only in following standing orders but in the change of uniform and with exams for promotion, plus yearly drills. Focusing on the first 50 years offers a nice span for comparison if anyone is interested in analysing the performance of the police.


Your knowledge and expertise were invaluable when I was researching Tonbridge and its police for The Case of the Pugilist’s Ploy. What advice would you give other writers who are thinking of featuring Tonbridge (and Kent) in their work?
Hit the archives, visit the area of research, and feel the place, if that is not possible look at photographs and speak to a local historian. I think Kent has a lot more to offer researchers and dare I say the culture of living in the country is far different to living in a city so this can only be gained by talking to and gaining experience and knowledge from the people who live in Kent/or other counties.  I would be happy to help anyone who is researching Tonbridge and/or the police, two areas I feel super passionate about and I hope that comes across in my book which although focuses on Kent County Constabulary it centres on Tonbridge as a case study.

I’d like to thank Pam Mills h for taking the time to speak to me today. I’m sure you found her answers as fascinating as I did. I’d highly recommend Pam’s book, Prevention, Detection & Keepers of the Peace: Policing Tonbridge, a Division of Kent County Constabulary. The first 50 years and more. (Tunbridge Wells; Heronswood press Ltd, 2022). It provides great insight into another area of policing history beyond London, and profits from the sales of the book will go to police   charities. 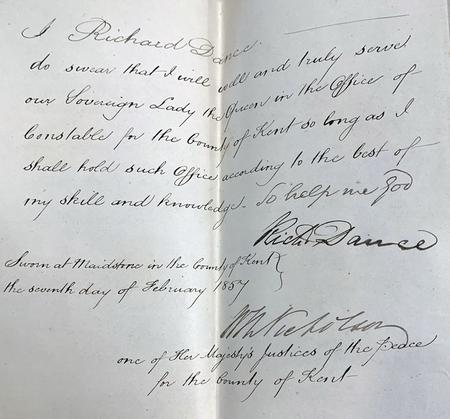