weeks’ holidays for children. The Bank Holidays Act of 1871—and the supplementary Act of 1875 for all banks in England, Wales, Scotland, and Northern Ireland—also provided working adults with designated days off. Though not statutory public holidays, these days have extended to most places of business.

What did the average working Victorian do to make the most of their time off in the summer, then? Prior to the construction of the national steam railway network, travel for pleasure was a luxury enjoyed by the wealthy elite. After the steam railway was introduced, though, the average working Victorian could afford a day ticket to one of many seaside resorts, such as Southend, Brighton, and Blackpool. Once there, they’d take in the fresh air (sea air was thought to bring many health benefits), sit on the beach, partake in seafront entertainments—such as shooting galleries and fun fairs—swim, or watch beach entertainers.

During the Victorian era, many workshops would create their own Excursion Clubs. This would consist of each employee putting in some money, the workshop closing down for the day, and everyone in the workshop travelling—by cart or the like—to Epping Forest for a picnic. Back in London, donkey rides on Clapham Common and Hampstead Heath were also on offer. For the voyeurs, entertainment could be found in the form of a visit to Madame Tussaud’s Exhibition of Waxworks and Napoleonic Relics on Baker Street. Included in Tussaud’s Chamber of Horrors was the likeness of Mr Muller who, in 1864, murdered Mr Biggs on a train (the first known incident of its kind).

For the poorer Londoner, free street entertainment could be found in the form of clowns, acrobats, and potato throwers. The last being an unfortunate man who—with a bald held full of bruised bumps and lumps—would toss large potatoes into the air and attempt to catch them. Spectators would toss in money at the thrower’s behest and, after the first variety of potato was tossed, the thrower would invite the spectators to toss in yet more money to see him throw an even larger variety of potato.

Finally, a blog about summer wouldn’t be complete without ice cream. Known as “cream ice” at the time, it was a particular favourite amongst London’s street children and was made predominately by Italians. According to Adolphe Smith in his book with J. Thomson, Street Life in London from 1877, the vendors gained the most profit from the “coloured and water ices” which:

“…generally consists of cochineal, and has no connexion whatever with the raspberries or strawberries which it is supposed to represent. There really is nothing in these ices but sugar, to which the cochineal adds a certain roughness that produces a titillation on the tongue, fondly believed by the street urchins to be due to raspberries. This ice is altogether, therefore, a very questionable article, and the less consumed the better the consumer will find himself. The lemon ices are equally inexpensive, consisting but of sugar and water, flavoured with a lemon, or with some essence of lemon. This is a safer delicacy, and, in fact, if the essence may be relied upon, and the water clean, cannot do any harm”.

In contrast, the cream ice has the following ingredients:

“…milk is indispensable to its manufacture, and indeed eggs should also be used. This necessity altogether destroys the golden dreams suggested by the water ices, and great are the efforts made to sell the latter, or at least to mix a goodly proportion with the expensive cream delicacy.”

Our journey through Victorian London in the summer has ended but we still have many more weeks of our summer to enjoy. Whatever you end up doing, I wish you and yours a happy, safe, healthy, and enjoyable summer.

A Brief History of The English Summer Holiday, an Oxford Royale article published on the 12th August 2016 https://www.oxford-royale.co.uk/articles/a-brief-history-summer-holiday.html

The following are all sources taken from Lee Jackson’s Victorian Dictionary website: http://www.victorianlondon.org/index-2012.htm

We’ve experienced a few intense heat waves over the course of this Summer, and it’s not over yet. The pandemic has also affected our plans for holidays abroad, parties, and even dining out. Yet, what entertainments would’ve been available to the members of the Bow Street Society in 1896? Whilst foreign travel was reserved for the idle rich, ordinary, working Londoners still had some delights to look forward to in the warmer months.

Over the course of the nineteenth century, an increasing amount of the working population moved from rural farms to factories, sweat shops, and dockyards, etc. of the United Kingdom’s industrialised cities.  Reforms to the education system also brought in compulsory schooling and the annual six ​​ 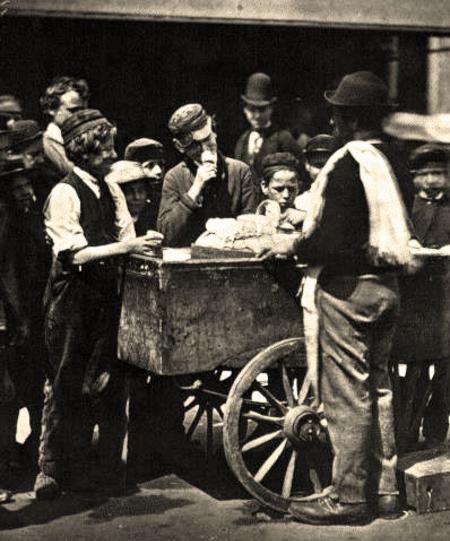