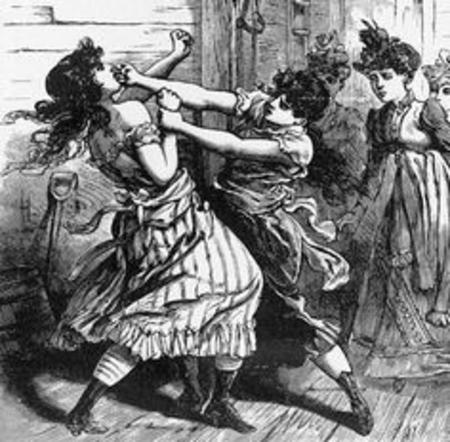 In an era when women had few rights and opportunities, it would not be unrealistic to assume they were also excluded from the bare-knuckle boxing ring. Although not as common as their male counterparts, women fighters not only existed but were a spectacle all of their own as this letter to the editor of The Times on the 1st September 1852 shows:

In I hope you have enjoyed this little foray into the murky world of Victorian bare-knuckle boxing as much as I enjoyed showing it to you. Until next time: stay safe, stay well, and we will (hopefully) meet again soon.

For Whom the Bell Tolled: The Decline of British Prize Fighting in the Victorian Era essay written by W. Russel Gray, Professor of Liberal Arts, Delaware County Community College, Media, PA 19063. Published in the Journal of Popular Culture in Fall, 1987.

The following sources are from Lee Jackson’s Dictionary of Victorian London
http://www.victorianlondon.org/index-2012.htm:

Sir, - "G.W." in to-day's Times, expresses his surprise that no man was found who would assist in the capture of the brute who knocked a woman down. Your correspondent will probably cease to wonder when he reads the following:- About a month ago I was at breakfast with my family at Kensal-green, when I perceived a number of persons passing through the field adjoining my house. I endeavoured to ascertain the cause. With much difficulty I did so. The stream of men and women had come from Paddington to a prize-fight between two - no, not men - women! One of my family, being incredulous, contrived to look across the fields, and there saw the combatants stripped to the waist and fighting. Men took them there, men backed them, men were the bottle-holders and time-keepers. They fought for about half-an-hour, some say for 5s., some say for a sovereign, and some say they will do it again. I saw the winner led back in triumph by men. After the above, I think your correspondent will cease to wonder at the indifference of a Paddington mob. You, Sir, have already drawn the moral from such things. Perhaps you will permit me to add my matured conviction that some vices and some crimes are too disgraceful for mere punishment of a clean, well-ordered, and well-fed prison. Let us have the whipping-post again, and at the flogging let the crime of "unmanly brutes" be written over their heads.

“[Miss Trent] stepped in front of him as he shook his head and tried to retrieve more coal. ‘Sam can defend himself if it comes to it—as you well know.’
Conway, having stopped at her obstruction, rubbed his jaw at her mention of Mr Snyder’s ability to defend himself.”

~ The Case of the Spectral Shot (Bow Street Society Mystery 3) 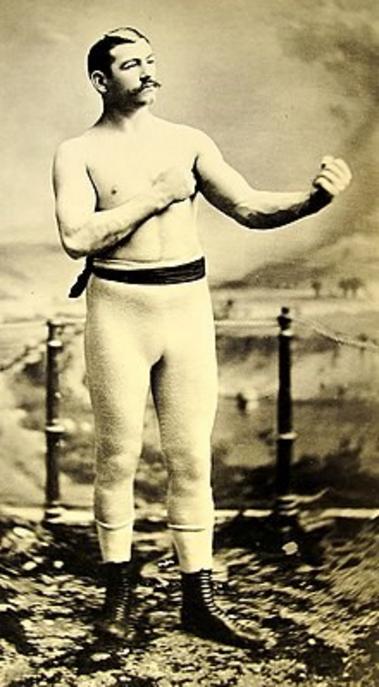 UP TO SCRATCH:​
5 Facts about Bare-knuckle Boxing in the Victorian Era

Although boxing originated in the Roman Era, the form of bare-knuckle boxing this blog concerns itself with started in 1681 when a formal bout was recorded in Britain. This was followed by the regular contests held at the Royal Theatre of London from 1698 onwards. A far cry from the sport of boxing we know today, these bouts didn’t feature gloves and had little-to-no rules. There were no weight divisions, no formal rounds, wrestling was common, and, prior to the mid-1700s, it wasn’t unheard of for a man to hit his opponent when he was down. Victors were declared when their opponent physically couldn’t carry on, and there was only ever one overall champion.

In 1743, prize fighter Jack Broughton devised the first set of rules in an effort to make the sport more acceptable. Broughton’s rules would continue to be used until 1838 when the London Prize Ring rules were introduced.

In 1867, a new set of rules designed to focus more on technique and skill rather than brutality were devised by John Graham Chambers of the Amateur Athletic Club. These rules came to be known as the Queensberry rules after Chambers’ patron, John Sholto Douglas, the 9th marquess of Queensberry, lent his name to them. Unlike the London Prize Ring rules which had come before them, the Queensberry rules insisted fighters wore padded gloves, that bouts had rounds which lasted for three minutes with a minute’s rest between, and that a fighter was only declared the loser when he couldn’t get up unaided within 10 seconds. Wrestling was also banned. These rules were devised largely to appeal to England’s upper classes who, until that point, had been put off by the brawling nature of old-fashioned boxing. These rules weren’t initially favoured by the lower-class patrons of the sport, though, as they were viewed as being less “manly”.

According to W. Russel Grey in his essay For Whom the Bell Tolled: The Decline of British Prize Fighting in the Victorian Era, boxing was “virtually legalized in Britain” when in “1901, the last year of Victoria, the [National Sporting Club] sponsored a bout that resulted in the death of a fighter… [and the] Club was found not guilty of manslaughter.” Prior to this, prize fighting was placed in the same category as affray and assault by English law. Due to the tendency of brawls breaking out amongst spectators, prize fighting could also be classified as a riot. Prize fighting’s popularity meant the law was rarely enforced, however.seemingly

As mentioned above, padded gloves were introduced into the sport as part of the Queensbury rules. Initially, fighters would remove some of the glove’s stuffing to minimise the padding. Aside from this, though, the simple fact a fighter’s hands were padded meant the sport became more dangerous. This is because bare-knuckle fighters would aim for the softer parts of their opponent’s body as a punch to the head could result in the fighter’s hands being broken or injured.  The padding in the gloves removed this concern, though, and blows to the head increased. This repeated impact led, in turn, to their opponent’s brain swelling. Even for modern boxers, the danger to their brains remains high.

3. Bare-knuckle boxing wasn’t as popular as you might think

In Guy Ritchie’s Sherlock Holmes movies Robert Downey Jr., as the titular character, engages in a bare-knuckle fight. Even Sergeant Bennett Drake in Ripper Street jumps into the ring to help expose fight fixing. Yet, by the end of the nineteenth century, when the Bow Street Society stories are set, bare-knuckle boxing had largely fallen out of favour with the masses. Better rules had improved boxing as a sport but, overall, its reputation for attracting criminals, such as fight fixers and con men, led many to abandon ring side in Britain. As Charles Dickens, Jr. pointed out in 1879: “professional pugilism has died out, as much choked by the malpractices of its followers as strangled by public opinion.”

2. Several phrases we still use today originated in the boxing ring

There are idioms with an obvious boxing connotation, such as “on the ropes” and “knock-out”. Others whose boxing connection isn’t so obvious are:

Come up to scratch / start from scratch / not up to the mark: The “scratch” and “mark” was the line drawn, or literally scratched, into the dirt in the middle of the ring. Both fighters were required to meet at the scratch at the beginning of each round. If they couldn’t then they were unable to “come up to scratch”.

Draw: This refers to the physical activity of pulling up the ring’s wooden stakes from the ground once a bout was over, i.e., “drawing” them out of the ground. In time, the act came to symbolise the finality of the fact a bout had been inconclusive as when the stakes were removed the ring no longer existed.

High stakes / stake money: This refers to the early days of bare-knuckle boxing when the prize money was hung from one of the stakes until the winner was known.

1. Not all bare-knuckle boxing fighters were men​