The oldest of the Society’s members, Mr Virgil Daniel Verity is nevertheless able to conduct investigations as vigorously as the others. Born in County Durham to a reverend father, he is a  stalwart Christian. Although he chose not to follow him into the church, and become a schoolmaster instead, Mr Verity never lost his faith. In fact, it was his faith, and the rise of spiritualism in the 1870s, that compelled him to investigate the paranormal and uncanny to prove life after death exists. Now a member of the Ghost Hunter’s Club, in addition to the Bow Street Society, he’ll often take commissions from individuals claiming to be haunted. During Society investigations, he’ll draw upon his intricate knowledge of spiritualism, the paranormal, and the con artistry of those who’ve exploited people through seances, etc.

“There’s folks who’ll just as easily cheat you about death as cheat you in life. I don’t care for them.”


“I’m sure, but don’t think to know a place by its industry. County Durham has a canny cathedral, and hardworking people. They’re a lot friendlier, too.”


“There’s plenty of evil under the sun, Mr Elliott, as you know. Not’ll of it can be thrown in Newgate, or explained by science, or exposed as fraud by magicians.” 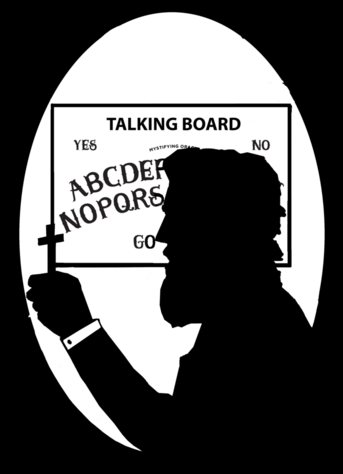