The 29th September 2019 will mark the 190th anniversary of the founding of the Metropolitan Police by Sir Robert Peel. It’s difficult for many to imagine a world in which there’s no police. Almost more difficult to imagine is a society so resistant to establishing an organised police force that it took four Parliamentary committees (in 1812, 1818, 1822, and finally 1828) for progress to be made on the issue.  Then, when the Metropolitan Police Force was finally formed, it faced obstacles such as being financially responsible for damage caused by riots, and its officers being unentitled to a day-off. I examine these points and more in my Listverse entry Top 10 Little-Known Facts about Victorian Era Scotland Yard.

My blog entry this month, though, covers the origins of a slang word that has, over time, become irrevocably linked to the police in the public’s consciousness: copper. Predominantly used by the British, “copper” is often heard being spat from the lips of a lower-class criminal against the officer arresting them in television dramas and films. You may be surprised to learn, then that, according to The Victorian Dictionary of Slang & Phrase by J. Redding Ware, the term originates from 1868.

Ware’s dictionary (published in 1909 and originally called Passing English of the Victorian Era: A Dictionary of Heterodox English, Slang. And Phrase) states the term was from the “Street” and “superseded Peeler, Robert, Bob, Bobby” (p.91) as slang terms for a policeman. Those terms were in clear reference to the Metropolitan Police Force’s founder, Sir Robert Peel. Ware then goes on to explain that “copper” came “from the common street verb ‘cop’.” (p.91). Ware’s definition of this term, in relation to the police, at least, is as follows:

“Cop (Thieves’). Complex rhyming. Taken, seized, thrashed, struck, caught by disease, well-scolded, discovered in cheating—a universal verb suggesting defeat or damage of some kind…It is a very obscure, complicated, abbreviated, back-phrasing example. It is to ‘pocket’(in the shape of receiving)—the tek being elided—when poc being spelt backwards ‘cop’ appears. When the police cop a man he is practically ‘pocketed’.” ~ p.91

Under the “Copper” entry in the dictionary, Ware describes an example when the term was used during the course of a trial:

“The incident of the trial which will probably pass on and become history when the rest is forgotten was the enquiry of Mr Justice Hawkins as to the meaning of the word ‘copper’. The witness kindly explained to the innocent judge that a copper is a policeman—one who ‘cops’.—Ref., 15th August 1888.” ~ pp.91-92.

Two further examples of “Copper” usage offered by Ware in his dictionary are:

“…an exclamation amongst work-people when any one of their number is blustering. It means giving himself the airs of police authority.” (p. 91)

Other slang terms offered by Ware in his dictionary, which are linked to the police and “copper” specifically, are:

“Copper-slosher. An individual with the mania of ‘going for’ policemen.” (.92)

During the course of the Bow Street Society books, the terms “Copper” and “Coppers” have been used by working-class characters such as Mr Jack Colby and Merla from The Case of the Curious Client. I’ve yet to find homes for the others above but that’s certainly a challenge I’m willing to accept! I’m also sure the etymology of “Copper” is far more complex than J. Redding Ware’s dictionary would have us believe. Nonetheless, I love using it in my writing both as an insult and as a symbol of a Victorian policeman’s identity. Long hours and little rest meant a policeman’s work dominated almost all aspects of his life. For me, Inspector John Conway is the embodiment of this idea in the Bow Street Society. It’s for this reason that he’s one of my personal favourites.

WHERE DID “COPPER” COME FROM?​
The 190th Anniversary of the Founding of the Metropolitan Police Force ​​ 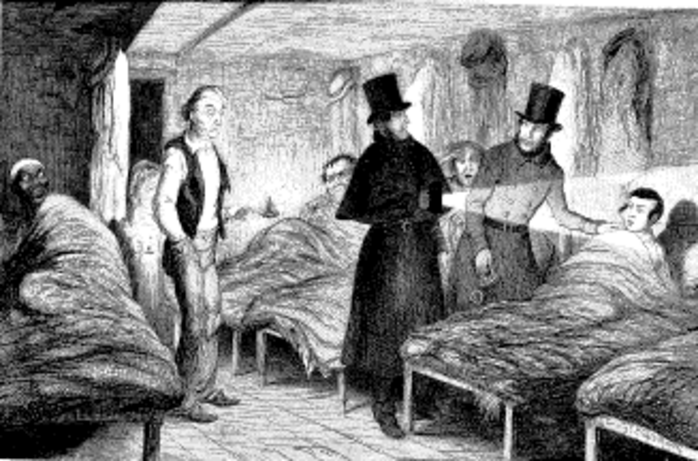